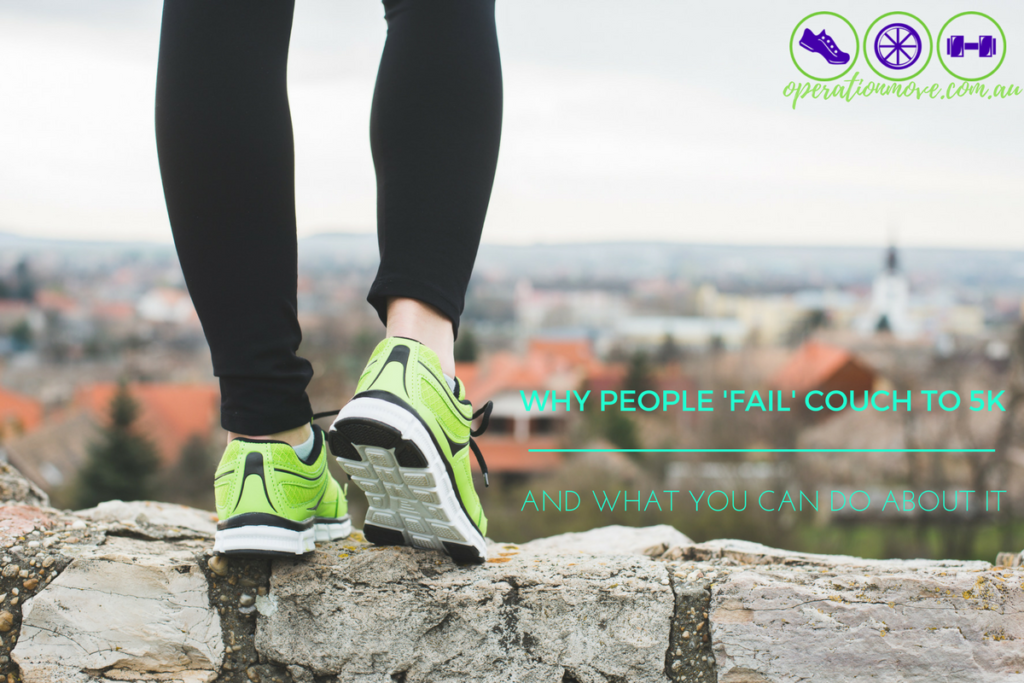 One of the cool things about the internet is almost everything is free if you have the time. So if you are willing to research what you want to learn, there’s usually a whole swag of resources available to you. And it might take you some time to sift through the things that are genuinely going to help you and the things that aren’t worthwhile, but it’s there. And there’s a free app for almost anything if you aren’t adverse to a few ads.

And it’s pretty awesome to have access to all of that, but it isn’t without it’s shortfalls.

The first problem is when you miss a session or two or a week or a month. And because you are unsupported, it confirms your worst fears about yourself that you are weak willed and lazy and a failure and you allow that failure to sink in your skin and nest in your bones, like it lives there. Like it’s always lived there.  But the truth is, it’s not who you are and it can’t stay. It’s not weakness, it’s not laziness and it’s not failure. It is simply attempting something within a construct that is not designed for success. But convincing yourself that your lazy kind of lets you off the hook a bit so you feel a bit better even if your soul weighs a little heavier.

The second problem is that often the community around Couch to 5k in forums are all new runners as well. Which is great for inspiration or motivation, but not so great when you need the voice of experience. Where you might need someone to tell you to take more than  few rest days, or that just resting shin splints won’t get the job done, or what parts of your form you should be paying attention to or what to do when you lose your mojo. Or even what to do when you hit a wall not because of the running, but because you have a crisis because you feel like an imposter. So what tends to happen is one of two things – either people go out too hard, too fast and end up injuring themselves and deciding that they are not meant to run or they hit a point of demotivation and give up.

The third problem is that you aren’t guided through all of the things that you need to know. You are kind of thrown into the deep end of all of the information with no real strategy for what you should be learning first and what you should be building on. And it’s easy to think that running is simple. And in some ways that’s the beauty of it – that it’s simple, but it’s also complicated. As a whole body exercise, there are all sorts of things going on that you wouldn’t even think about. From a lax core, to an overactive quad to an under-developed glute to wild inefficiencies in form.

And the final problem is what happens next? If you do finish your mind can switch off because the job has been done, you’ve completed your task and there’s an instant lack of motivation to do anything else. How many times have you seen someone focus on a distance based goal like 5km or a half marathon and then see them falter in terms of their fitness after that. It seems really natural at the time – you’ve achieved something amazing – you deserve a break. And while recovery is really important after a big event – a few days can turn into a week and a week can turn into a month. And what your body deserves is the enjoyment of movement.

The majority of people who I coach in Learn to Run have probably ‘failed’ Couch to 5k one or many more times. So the next time you think about a program or a plan to help you get started, don’t think ‘what if I fail?’, think instead ‘what will it take for me to succeed?’ because I guarantee you can. You just haven’t found your way yet.

Claim your spot in Learn to Run today. Our coaches and mentors will support you every step of the way.

Previous Post: « Learning to run is a really big deal
Next Post: How to make a diamond »