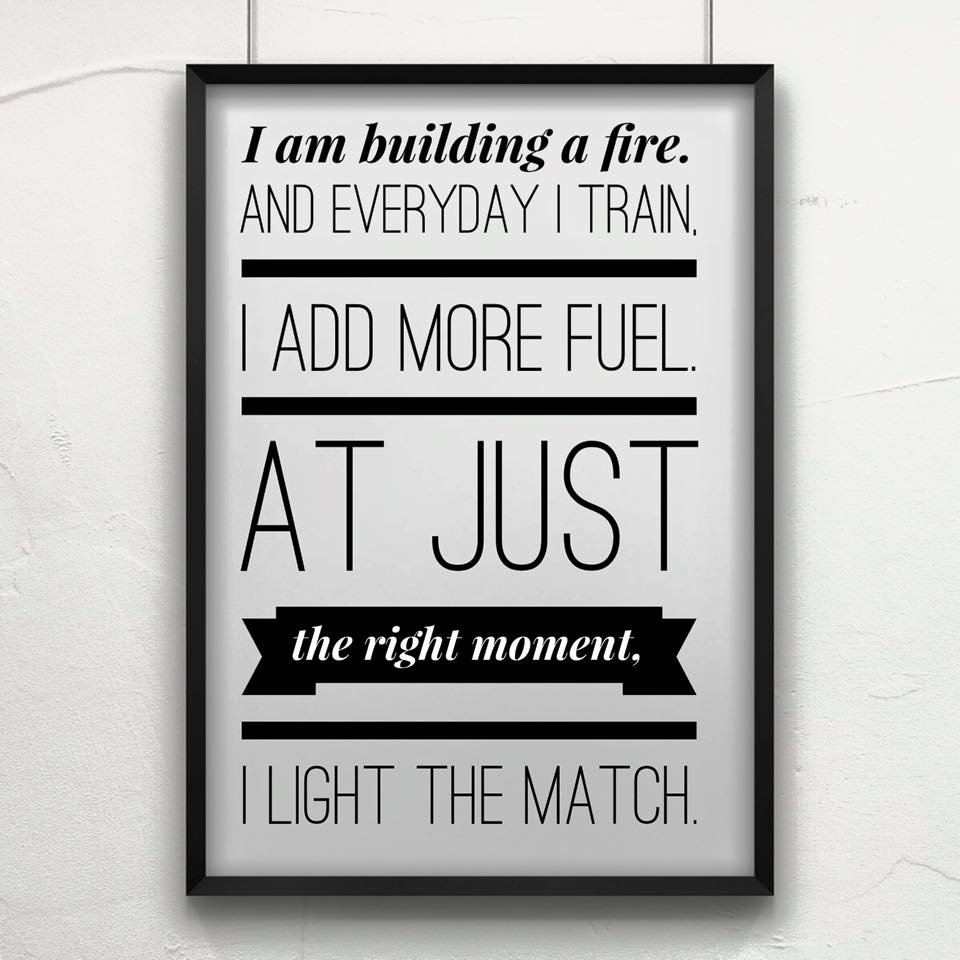 I’m lying next to my four year old in bed and she’s crying because she’ having trouble going to sleep. And well I’m crying for the same reason. Or it seems like the same reason, but really I know it’s not just a restless preschooler. And it’s not just a house that gets destroyed as soon as I clean it. And it’s not just having to have a long conversation with our seven year old about how her behaviour is making you feel like garbage. It’s all of those things wrapped up in a neat little package of injury and very painful (but now resolved) health issues and just life being a bit crap sometimes.

Injury is hard. And lonely. And I’ll be honest. I feel pretty beat up. I’ve just come out of two weeks of really painful health issues, my body is continually sore from the injury, I’ve taken a (very necessary) hammering at the physio and this week I had my mouth prised open for an hour while the dentist did what she needed to do. And I’m tired of being touched by pain and injury.

The injury isn’t chronic. Which is very good news. I’m doing all of the rolling and exercises that the physio has given me and I’m getting lots of treatments done to alleviate it. It’s not just one thing. The reason I went to the physio is that I had discomfort in my hip and groin but the reality is every major muscle group around the hip has seized up. The adductors, the glutes, my hamstrings and my back. The physio agreed with me that it was probably from running on my fatigue and my body was just not able to cope with it. But I also think, due to my weak left side this has probably been building for awhile.

Injuries are hard and awful but they usually have something really important to teach you. For me the first thing is that week that I got injured? I knew I was running tired and I should have trusted that instinct and taken that extra rest day. I had taken on a more involved running program but was too attached to my crossfit sessions so I ended up trying to cram too many things into each day. In perfect hindsight, I should have swapped some of the easy runs for crossfit instead. And the other thing is I need to do a whole lot more body maitenance with stretching and rolling and strengthening the smaller core muscles, rather than relying on major muscle groups to get the job done.

And so for now, while I go into rehabilitation any marathons are out. I won’t get to run Great Ocean Road marathon or Gold Coast. Which is a bitter price to pay. But when things like this happen, you have to stay focused on your goal. And my goal isn’t a race. I love training. I love it. Races are great, whether they be social or for time, but the vast majority of my life is spent training. That is what I love. And so my goal is to get back to training. I might be able to survive a full Marathon at Great Ocean Road but the recovery would be pretty horrific.

There is no achievement in dragging yourself through a race just to say you finished. It is supposed to be fun. It is supposed to be joyful. And if you can’t finish with a smile on your face, then I suspect you might be doing something wrong. I never want to limp my way through any run, marathon or otherwise. It’s a waste of the effort I put into training to do that. It doesn’t do justice to the training. And if it doesn’t do justice to the training, I don’t want to run it.

I’m hoping that with enough rehab I’ll be able to run the half marathon at Great Ocean Road and Gold Coast instead. Because I don’t give up, I adapt. And tomorrow I go for a run. Not very long, just enough to see how the injury rehab is doing.

To quote my favourite movie “Fear can hold you a prisoner, hope can set you free”. That’s what I’m going for.