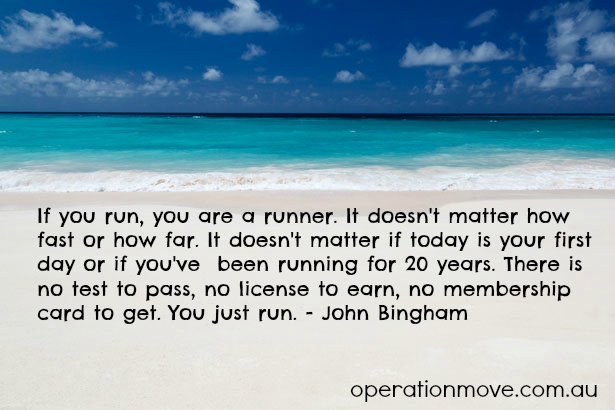 There are all kinds of different runners out there.

Treadmill runners. I don’t understand them but they are out there.

Trail runners. Going uphill on purpose for some reason.

Speed runners. You know the type. Naturally fast. Bemoaning how slow their sub 4 minute kms are.

Slow runners. Oh here I am! Slow, but get the job done.

Distance runners. Oh sure, I’ll just head off and run 6 ultra marathons back to back in 6 days. For funsies.

You know that quote from Kurt Cobain – wishing you were someone else is a waste of the person you are?

Well wishing you were a different kind of runner is a waste of the runner you are.

I might look at other runners, people who started running around the same time as I did and wonder why they are so much faster than me. Now some of it comes down to dedication to training, sure. But mostly it’s because they are fast. And they will always be faster than me. I could get disappointed with that, or I could embrace it.
You know who I’m a whole heap faster than? Me, a year ago. Or six months ago or two weeks ago.

But in the course of accepting that I am a slow runner I’ve found that I’m not too shabby in the distance stakes. Now maybe that’s because my mantra has always been that nothing matters except distance. If you can’t run it, you can walk it. Maybe that has taken hold in my subconscious somewhere.

And now I don’t spend much time worrying about how not fast I am. I’m too busy enjoying being the runner that I am.