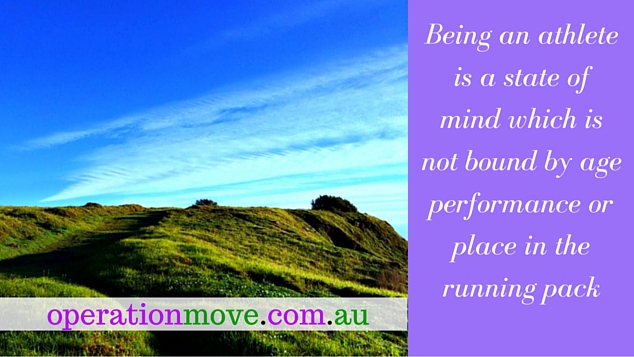 In all of my years of dieting my way to obesity, there’s one thing that was pretty apparent. Exercise was a calorie offset. There was lip service to fitness, sure. But basically it was a calorie offset. If you eat that, you spend longer on the treadmill. And the type of exercise was pretty irrelevant, as long as it burned enough calories. And generally, the type was determined by the amount of calories it burned. Which is why running is so popular in diet programs, because it’s a high calorie burner.

I could go on about calories and how it’s a nonsensical proposition, but you can read about  that here.

This is why exercising for weight loss never worked out for me. Your whole attitude becomes about doing the unpleasant thing (exercise) for the positive outcome (weight loss), rather than training your body to actually enjoy the thing. Training is all about enjoying yourself. Running is the outcome, it is the goal, it’s not a method to get you from A to B. Because usually, what happens you you get to your goal? You abandon your transportation. Or in this case, as soon as you’ve lost the weight, you lose interest in the things that got you there because they never had their own value.

Even more than that it teaches you that all exercise blurs into one great big bland blog of sameness. Instead of actually seeking out an activity that you enjoy.

When I see t-shirts saying “I hate cardio”, it just proves my point. If you think about running, walking, rowing, cycling, dancing, hiit or whatever else you happen to be doing as the exact same thing then you aren’t treating them as the outcome. And if they aren’t the outcome, you aren’t going to enjoy them that much.

Congratulations you are an athlete, not an exerciser.