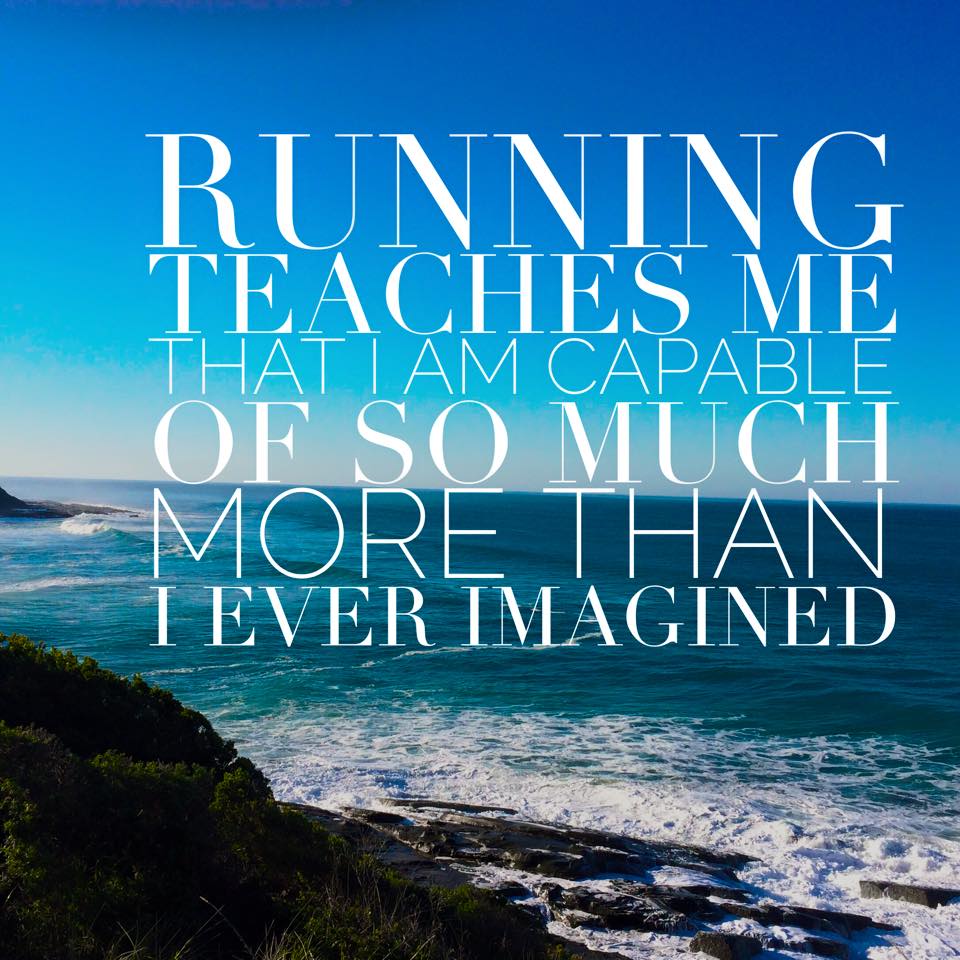 You know, I am really good at quite a few things that I intensely dislike. Just because I am good at it, doesn’t mean I like it. And some things that I really love, I’m not that crash hot at. The research would say it takes ten years or 10,000 hours of practice to master something. But the truth is, some people just have a different starting point. Their genetics have just given them a whole lot more than the rest of us. But those 10,000 hours will benefit you just as much. You will learn just as much about yourself. It will improve you, just as much.

So I was thinking about writing about how Kate has a pretty typical ‘runner’s body’ because she leans up really quickly – even after having four kids, whereas my body holds onto weight like there’s some kind of prize involved and tend towards the more muscular so I probably look like I have a more stocky, weight-lifting body type. But it doesn’t determine either what we are good at, or what we love.

Which is ironic. Because a lot of people (some health professionals, some coaches and some friends) have been telling me this week that I should rethink running. Some said I should maybe take a break from it. Some said that the long distance running is putting a lot of impact on my hips which are pretty shocking to begin with and some said if I continued on I could end up with a really chronic injury.

Nothing is ever impossible. But some things take more work than others. And some things will really test how much you really want something.

I love crossfit and I love weights. And I’m pretty devastated when I have to take a break from that due to injury or something else. There is a great sense of accomplishment in that for me. But when people say to me maybe you shouldn’t run. Well that’s a different thing. Imagine if it was that simple, that easy to just not run. Like I could do that and it wouldn’t impact every facet of my life.

But it’s not so easy. And I would never want it to be a choice that I could easily make. Because I love it too much to leave it so easily. It’s everything I love in one place. It’s hard work and mental strength and the morning air on your face and the wind in the trees. It’s the beginning of my journey and the source of my strength. Running feels like freedom from every limit that was ever placed on you or you imagined for yourself.

And I am in rather a unique position. I can still go to crossfit. I can still run. But if I push too hard or ignore the weaknesses I could end up in a situation where I wouldn’t be able to do either of those things. So I have to be realistic. I might be able to run and lift weights but I’m still injured. And I will be for some time. If I don’t address the cause, I could head into pretty risky territory.

I have had two major challenges in my running over the last few years. One was fairly early on where I had a debilitating shin splint injury and could barely walk, let alone anything else. And the other one was where I really doubted my ability to ever improve my speed. In both situations, there is one thing that I came to that got me through. I decide. That’s it. I decide. And I will choose my hard.

But even at the beginning I can sense that once all the work is done, I could be so much stronger and faster than I ever was before. I could be bulletproof.

Previous Post: « When you bottom out, you don’t give up – you adapt
Next Post: Is this a conversation you have with yourself? Me too. »