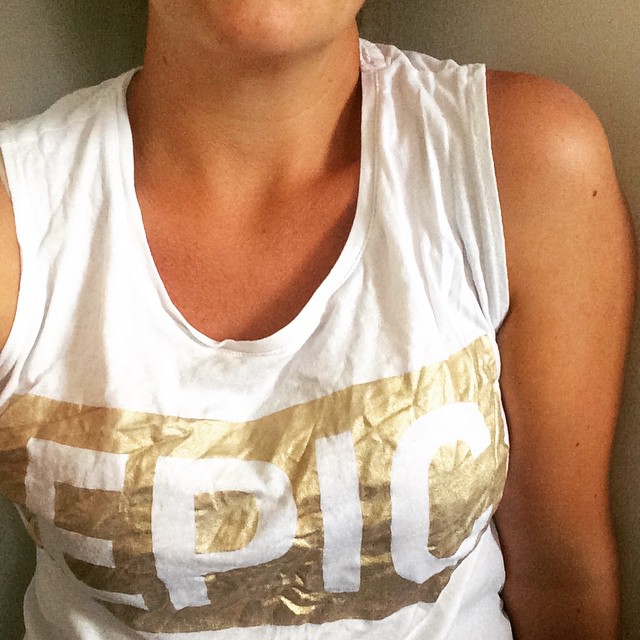 You might have heard of the theory of 10,000 hours. It’s the idea that it takes 10,000 hours or about 10 years of deliberate practice to become great at something. This theory has been called into question in more recent times, arguing that deliberate practice only accounts for about 1/3 of improvement. Which frankly is annoying because it’s such a poetic theory. The 10,000 hours theory is far more comforting than practice is important but so is a whole bunch of other random stuff that you can’t control. The interesting thing that the critics did find was that the theory was more applicable to stable environments where the rules don’t change, like fitness, as opposed to breaking into the music industry.

In the original 10,000 hours study they separated out practice from deliberate practice. What that meant was that it’s not enough to just go through the motions, you have to be active in it and be actively seeking ways to improve, seeking critique to improve and making adjustments to maximise the benefits you are getting.

Last week I got an email from my crossfit gym saying that since May 2014 I’d attended 110 classes and wasn’t that cool given all the running I do in addition to those workouts. And yes, I did think it was A) very cool and B) very cool that I go to the kind of gym that sends me emails like that. Which got me thinking as to how much running I had actually done in that time and it was about 3,000 km. On a good week, I do about 13 hours of running, strength, crossfit and pilates. That means I do about 56 hours a month and 675 hours a year. And that’s a considerable amount. For fitness benefits the optimal amount is about 7.5 hours per week. You still get those fitness benefits if you do more, but you don’t get much more fitness benefits than you do at around 7.5 hours a week. It’s recreation for me, so it’s not really about the fitness benefits exactly. But even at an optimal level of training for fitness you are looking at around 400 hours in a year.

Which is why I love looking at it in terms of 10,000 hours or 10 years. When you look at people who are at the top of their sport, they are often people who have been athletes since they were in school. For ultra runners, they’ve often been building up their mileage for decades. And you could look at that and be intimidated by it. But for me it gives me great peace of mind. Because I don’t have to look at what I’m doing in terms of this training cycle or this year, I’ve got the bigger picture to think of. So I’ve been running since 2011, but I wouldn’t call it deliberate practice until I got to 2014. So really, up until now is just the beginning part of my story.

Beyond that I think I like the idea of 10,000 hours so much because you can’t do something you dislike for 10,000 hours. It’s not a quick fix 12 week program. It’s not something that you can grit your teeth through and get to the other side with. It’s a huge part of your life, or it will be so you have to really love it.

The other part I love about it is of course as a running coach. One of the things I love about running is that it is a really stable environment. The rules don’t really change. And you will receive whatever you put in. And then some. It’s generous that way. And so for running at least, I think the 10,000 hour rule holds true, or at least it should, for the sake of poetry.

For running coaching sign up to Far and Fast today.