You are here: Home / Archives for injury prevention 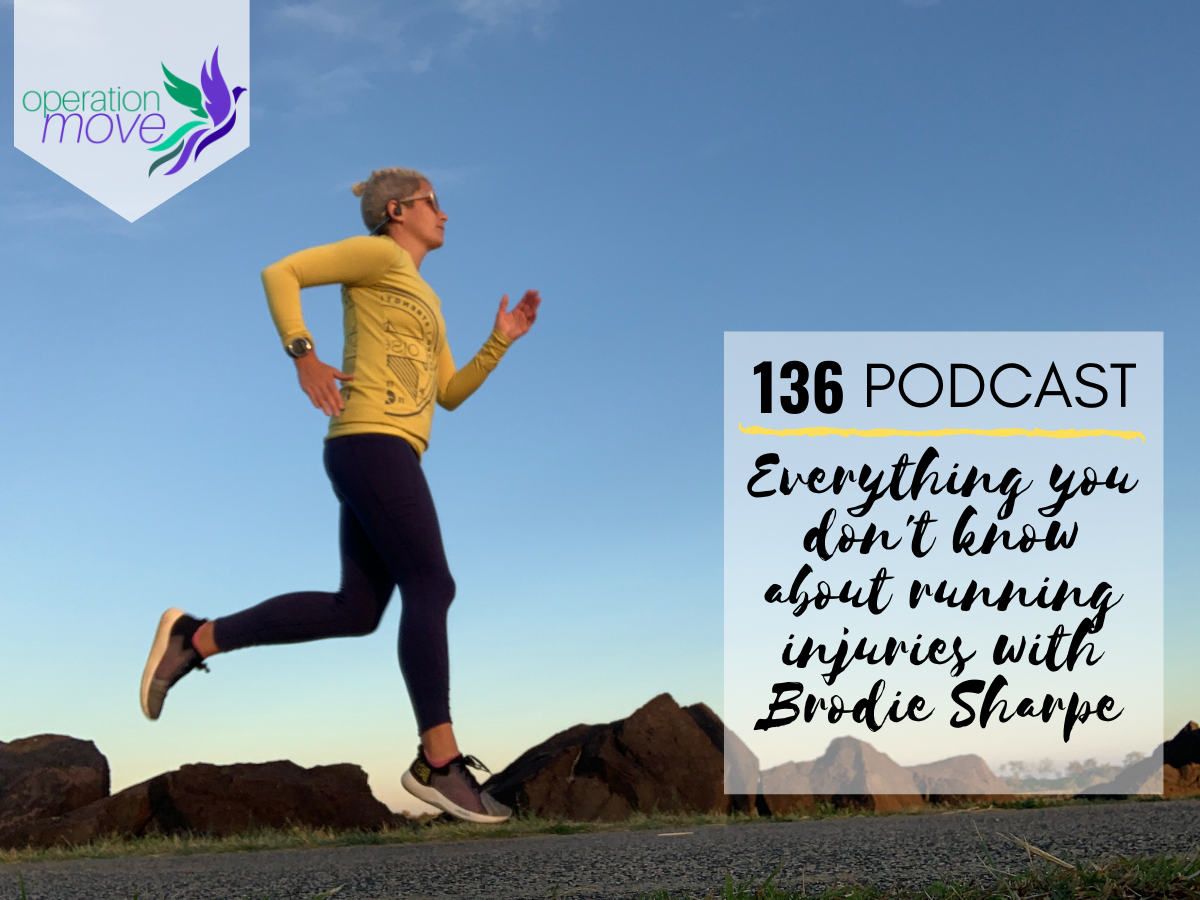 Running injuries can be a bit of a mystery can’t they?

It often seems like you are on some kind of detective hunt to find the cause of those pesky running injuries and often you find more questions than answers. To make matters a whole lot worse, there’s a whole lot of misinformation out there and plenty of fear mongering as well. You are constantly getting bombarded with what to do, what not to do and sometimes there’s a whole lot of conflicting advice as well.

This week, I talked with Brodie Sharpe of the Run Smarter Podcast

Brodie is a physiotherapist that specialises in running injuries and injury prevention and you can find out more about what he offers at the Breakthrough Running Clinic and Run Smarter Online He’s passionate about breaking down some of those myths about running and running injuries and helping people to make better decisions sooner so that you can prevent injuries or at least make them far less long and let’s face it very annoying! Some of the topics that we focused on in this episode where:

We covered a lot of ground and I hope you enjoy it as much as I did!

I’m writing a book about how to love running enough for it to change your life.

The book is going to focus on my journey so far, the when the why and the how of the workouts and of training, but also how it all connects to things that are far bigger than running. I’m taking up the challenge of writing a book in 30 days. Which is a lot of writing, but hopefully just enough pressure to keep the momentum going. You can sign up to read the daily words on patreon and get access to a whole range of bonus podcast episodes, and an ebook with 52 running workouts, so you’ll never be stuck for ideas ever again. Stay up to date on: 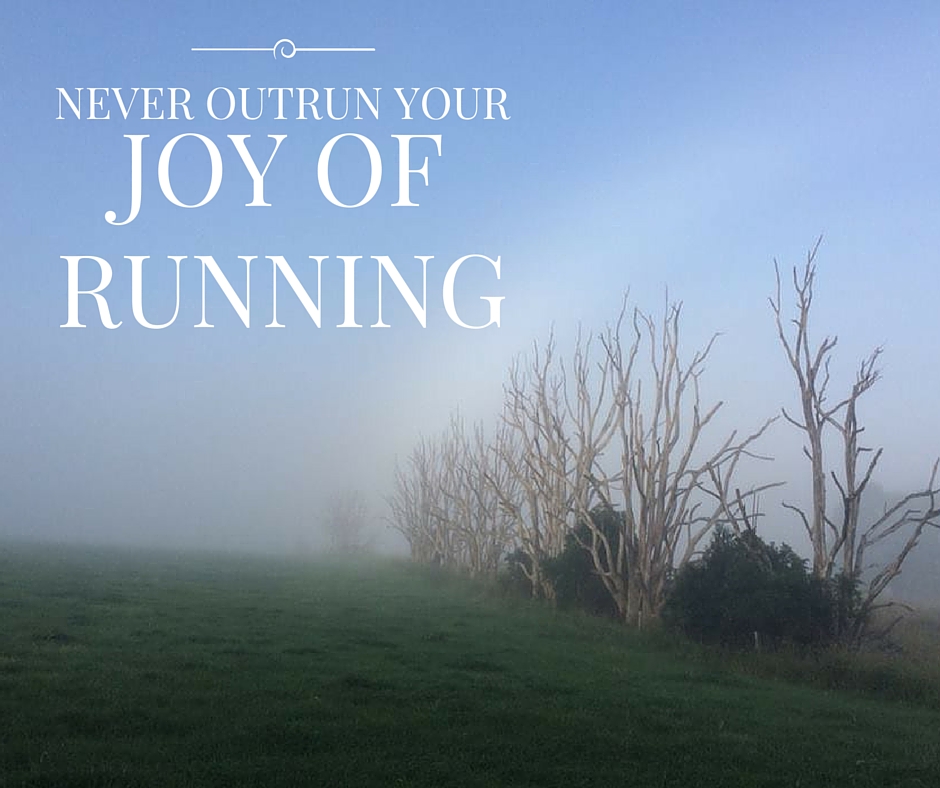 We get to this time of year, and most people are looking to change up their routine a bit. You’ve got months before any serious training kicks in, you’ve probably got an intense fear of losing fitness and you’ve got the threat of all the end of year festivities to well and truly throw you out of all the good habits and routines that you’ve built up over the year.

The run streak is awesome for a few reasons:

But it’s not without its weak points either. The number one risk is injury. Whether it’s because you are running while fatigued, or pushing through a run when you aren’t feeling well, or you just aren’t recovering well enough between runs.

How to minimise the risk of your run streak;

The biggest risk of the running streak, isn’t about injury at all.

For me, the biggest risk of a run streak is that I will outrun my joy in it. That every day will make it seem more like a chore, than something I choose. It will start to feel boring, because I don’t have the variety of a more structured training plan that I enjoy. Nurturing my relationship with running is the most important thing. Part of that relationship is feeling like I’m getting the most out of my hard work: and that happens when my running fits my big picture goals and is more strategic in focus. That is personal to me though, and you might find at the end of the year a run streak is just the kind of thing that you need to reconnect with what you love about running, run short, run long, run often and run without being dictated a pace or a session or a roadmap.

Just remember it’s your joy that matters, not your run streak.

Injuries are pretty much runners worst nightmare. A runner, not running is liable to be cranky, irrational, edgy and yell at you for how you are chewing your food. It’s not pretty. And frankly, everyone suffers under such a burden.

Now sometimes injuries are unpreventable. It’s just a random thing. You know where most accidents happen? In the home. You are far more likely to injure yourself in your own house than when you are out on a run. But regardless, the point is not everything is preventable, but some things are. And instead of spending 4 weeks rehabbing an injury or even 6 months here are some things that you can do to help make sure you aren’t sidelined with an injury or if you are, it’s not for too long.

In my opinion a huge amount of injuries are caused from poor running technique. Specifically, over-striding. There is a tendency to do this on faster runs. So train yourself to continue to use the same short stride you would on an easy run for your speedwork. Your feet should be striking the ground underneath your body – not in front of you.

There are a few aspects of training load that can see you heading down injury lane. One is increasing your distance too quickly. If you are building up your distance you want to do that slowly. While you are building, every 4 weeks or so you also want to have a lighter week to help your body recover. But the other more important aspect of training load is the mix of high intensity/medium intensity and low intensity runs on your schedule. The temptation is to think ‘oh well I’m only running x amount per week so therefore I can skip some of the easy runs and just focus on the tempo and intervals’ But in my opinion that’s a fast track to injury town. Instead you want to focus on your maximum intensity runs being only 10% of your total running. So if I usually run 60km in a week, then the maximum amount of time in that week I should be spending on intervals is 6km.

There are plenty of ways in which cross training can not only benefit your running, but also help you to stay healthy. For example, a huge problem in runners is inactive glutes. Things like CrossFit or Cycling are great at really working some of those under-worked muscles and keeping you injury free. It also gives you an activity to keep you moving while resting the muscles that you use for running. An all round win.

But really, what I think is the huge benefit of cross training is that when things go pear shaped and you do get injured, you have a back up plan to keep you moving. Which is so important for your mental health as well as your physical health.

You can’t skip it. Most people when they start exercising would need at least 2-3 full complete days of rest, and even once you’ve built up your fitness you still need 1-2. A huge amount of the work is done by you taking your rest days. It’s not just to allow your body time to repair but it’s also so you go into your workouts rested and able to give it your best.

Some days you know that you just need to get out there. And some days you really need to listen to your body. Working that out takes some time. But eventually you get really good at it. The other morning I was going to skip crossfit because I was still a bit sore and the Melbourne Marathon was in ten days so I thought I will just take it easy. I went for a run that was really slow to nurse my sore muscles through it. But I felt so good afterwards I was thinking I could definitely go to crossfit! Be wary of that! Endorphins have a way of lying to you. And then as I was going back I could feel how twingy my quads were and there was NO WAY going to Crossfit was a good idea. So I stayed home.

Do your easy runs SLOW. Slower than you think you should. Save your speed for your tempo and your intervals. Do not waste that effort on your long runs or your easy runs. And it is a waste. That kind of middle of the road speed is not fast enough to benefit your fitness and it’s not slow enough to benefit your fitness either. It’s training in the grey zone. And you want to avoid that.

More importantly, you want to get some distance in your legs with the least risk of injury or impact to your body. So do it slow.

8. Listen to Your Coach

9. Prevention is Better Than Rehab

I’ve been injured and had to rehab and retrain and it basically sucks. So a big part of my job is to make sure that doesn’t happen to other people. It’s a whole lot easier to nip something in the bud before it turns into something major. Now, I know that going to Doctors or Physios is inconvenient and sometimes expensive and usually if it’s something you can avoid you will but the sooner you go, the less likely you are to spend the next six months going to the physio.