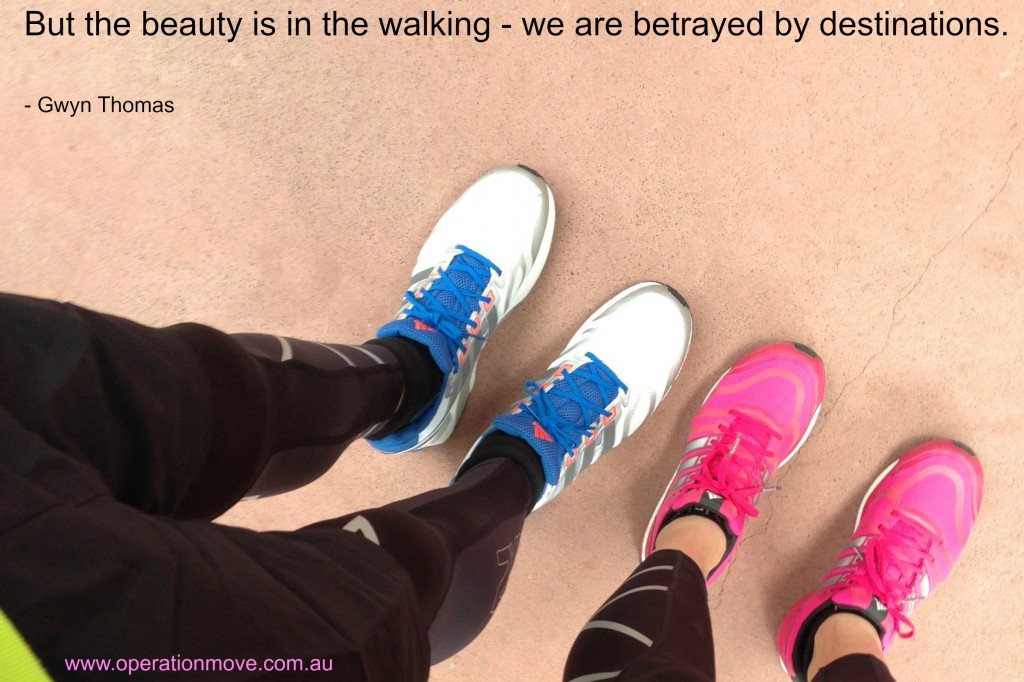 Towards the end of 2012 I was feeling pretty old and worn out and I didn’t like it. I had just given birth to baby #3 and been through a decade of motherhood where I was very low on my list of priorities. I had been taking care of my family but not taking care of myself and it was catching up with me. Not only was I in bad shape physically but also my mental health was pretty poor. I was getting fed up with feeling so weak and waking up with aches and pains every morning. I also realised that if I want to be capable of taking care of my family in the future I needed to look after myself. So it was time to do something about it!

Previous attempts to exercise regularly have failed. I have joined gyms and classes and that usually lasts about a month or two before I just can’t be bothered going. I would also set big goals only to fail to reach them and give up or more often than not end up injured. I decided I needed to do things a little differently this time – start slowly and try and build regular exercise into a habit. This is where Operation Move came in. I’d been reading Kate’s blog, Kate Says Stuff, and her Operation Move posts. Her approach appealed to me. No rules about how or when you had to move – just commit to moving a certain number of minutes each month, find something that works for you and don’t worry what anyone else is doing. So I decided to join in.

I started off walking because that is something I could do easily with my baby. My plan was to get out at least 3 times a week and it didn’t matter how far or how fast. That was working well for a while and then I started wanting to track my progress and get a bit more “serious”. I downloaded a free app and monitored my distance and pace so I could see if I was improving. And I did improve. I got faster and was able to walk further but the biggest change for me was that I began to manage my anxiety better. I’m sure my entire family were grateful for that 😉

So I kept walking… I was determined that I wasn’t a runner though! I kept reading things from other Operation Move members about running but thought nope, not me, I’m not a runner. It wasn’t even the thought that I couldn’t do it – it just seemed like an awful lot of hard work!

After a bit more Operation Move reading I started to get intrigued about the “runner’s high” and feelings of strength that Kate and other runners were posting about. I started to wonder if maybe I could run and actually enjoy it. At the beginning of October 2013 I bought myself a second hand treadmill and started a C25K program. I have taken it slowly and repeated sessions where I have needed to; I have been supported and encouraged by the Operation Move members and on the 15th Dec 2012 I ran for 20 mins and 2.3km nonstop!

I would have to say the best decision I made in 2013 was to join Operation Move. I totally credit this team for my running progress but also, and maybe more importantly, for showing me how to believe in myself again.