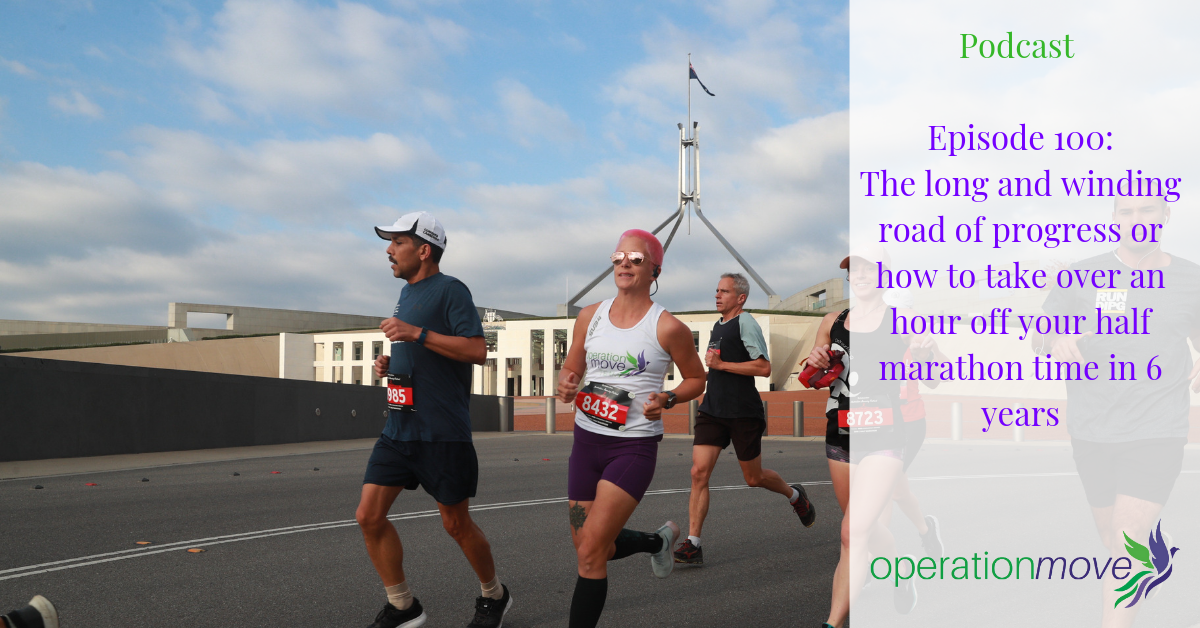 When someone in our Run Club community asked me about progress, they probably didn’t expect me to go on about it for 80 minutes, but here we are.

In this podcast I talk about getting started running in 2011 and then a bit of my timeline in going from a 3 hour half marathoner to a 1:36 half marathon at Canberra, just recently. I think I confuse myself a bit with the timeline somewhere in the middle, but you get the idea.

2013: First two half marathons, being dragged along by someone faster than me.

2014: Decide to actually follow a specific training approach to get better, rather than just running without any plan. Manage to break 2 hours in April and break 1:50 in July. Go on to run my first marathon at the end of the year.

2015: Tear my adductor at the beginning of the year, but go on to run a 4:08 marathon at the end of the year, which didn’t go according to plan but I was so proud of anyway.

2016: Work up to a 25 minute 5k in January to get some speed back, but then business pressures take over and I take time off anything but easy running. Run all the marathons between 5 and 6 hours and fall out of love with the distance pretty quickly.

2017: Challenge the story I’m telling myself about never being able to better that Gold Coast half and start proper training again. Run 1:46 in Gold Coast and 1:40 in Melbourne

2018: Come to terms with a long-term structural injury from scoliosis and don’t run for around 6 months. And then start the process of rebuilding.

I talk a bit about the obstacles (some physical, some mental), how to assess where you should be working and how to create sustainable change for the long term.

Grab a 7 day free trial in Run Club, by heading over to the store here.

Listen here or on iTunes, Spotify or Stitcher: