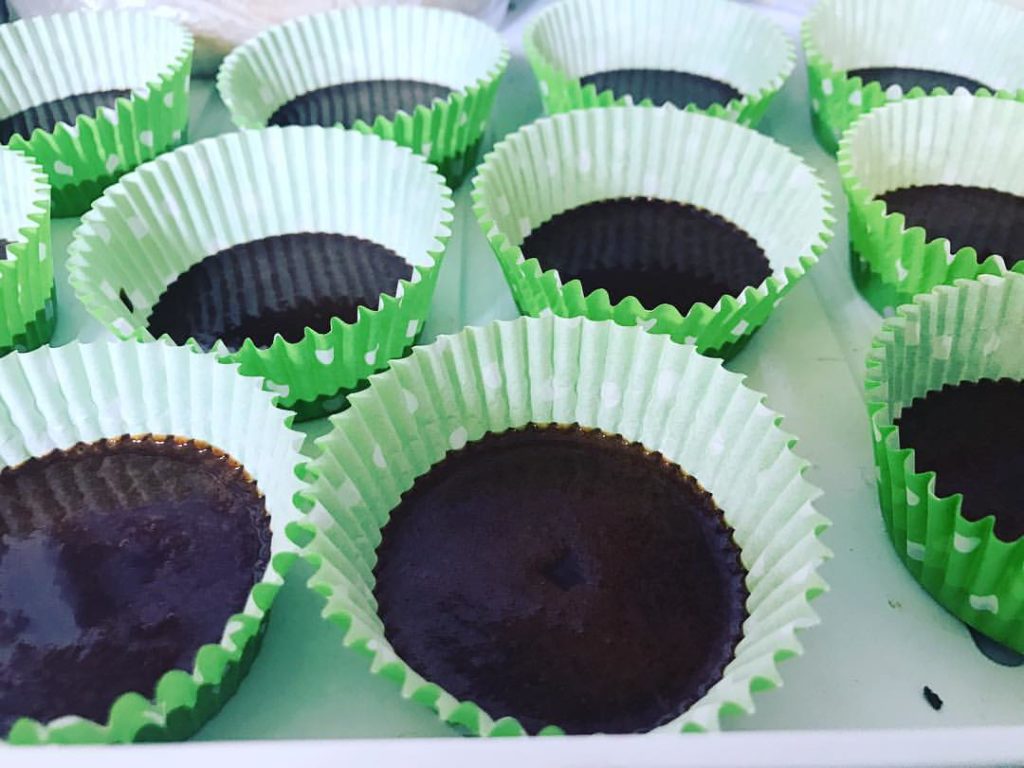 I think I first became aware of phat fudge as an invention of the LCHF (Low Carb High Fat) community and didn’t pay that much attention because more power too them but I’m a believer in carbohydrates to fuel most athletic endeavours. But I’m not actually sure if that’s where it came from. But in recent months as I’ve been predominantly vegan and grain free (apart from my cheat day where I eat all the bread), I’ve been looking further afield for recipes and this is one of those things that I thought would be great to try. Once I’d converted from full fat milk lattes to bulletproof coffee it wasn’t much of a stretch.

What do I use it for?

I use it for meal replacements or between meal boosts when I’m too busy to eat properly but want to stop myself from getting too hungry where I inevitably end up eating all the wrong things. I also use it as a fuel source pre-workout and I really liked it as an option before my last half marathon. And I often have it as a bit of a dessert, because I do like something sweet after dinner. So I’ll either have that or have some frozen raspberries with coconut yoghurt or coconut cream (and probably some maple syrup as well!).

The only thing is, sometimes it’s hard to stop yourself from eating it all at once. So you’ve been warned.

I originally got the recipe from here because I was looking for a phat fudge option that didn’t have ghee in it given I’m trying to avoid dairy where I can. And while I personally love turmeric, the other day I was out because I’d just made about 5 litres of curry, so I substituted for another anti-inflammatory: ginger and the result was pretty awesome.

What do you need?

1/2 Cup of Coconut Oil (I learnt the hard way that the liquid coconut oil I buy because it has higher MCT in it for my bulletproof coffee doesn’t work as well as the kind of coconut oil that solidifies because we are making fudge and the liquid oil makes it melt almost as soon as it’s out of the freezer. I smart person would have worked that out sooner, but hey it still tastes awesome).

1/2 Tablespoon of Ginger (or Turmeric)

2 and 1/2 Tablespoons of Cacao or Cocoa Powder

Salt for sprinkling on top.

How do I make it?

On a low heat whisk together the tahini and coconut oil until combined.

Then add in the honey and continue to whisk.

Once all combined, take it off the heat and add in the vanilla. 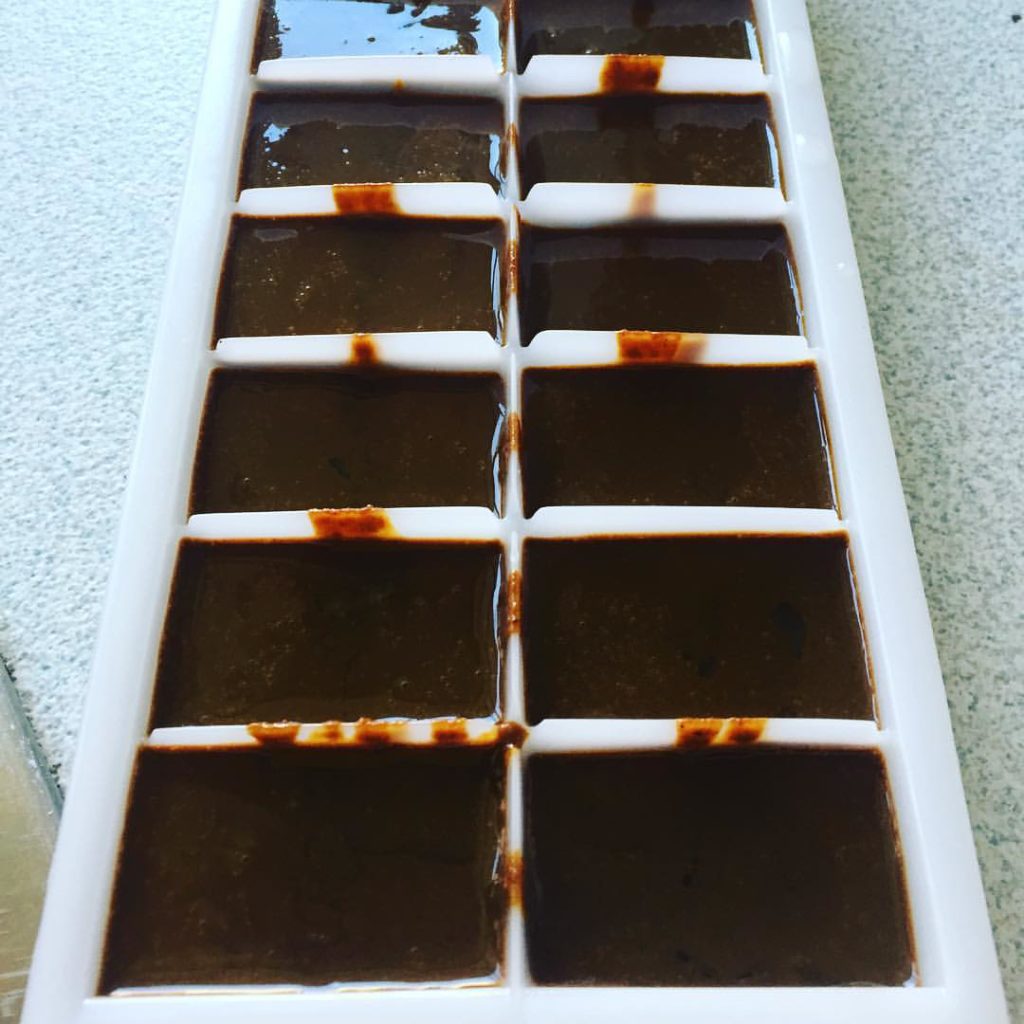 Once it’s in the tray, I grind salt over the top – but you can skip that if salt in chocolate isn’t your thing. Then put it into the freezer for a few hours to set. 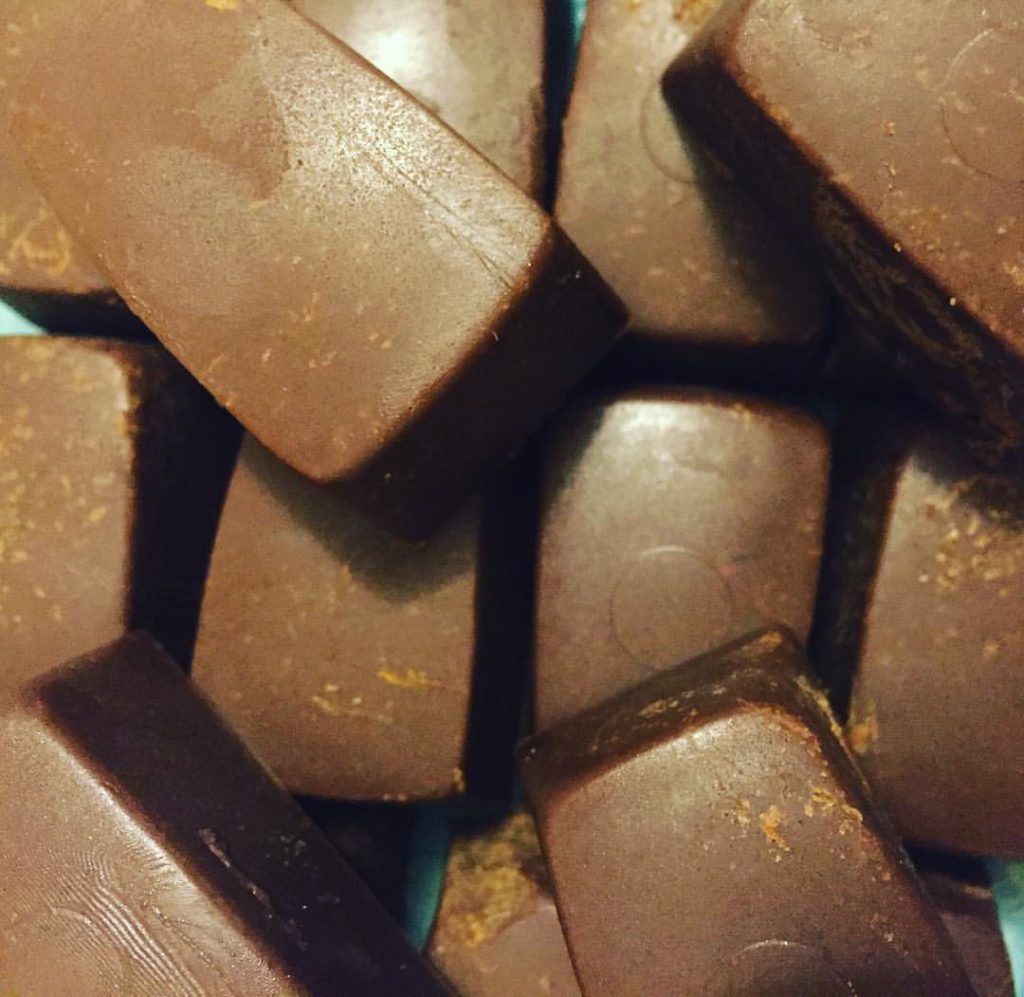 And that’s it! Super easy. And yummy!

Does it fit my macros?