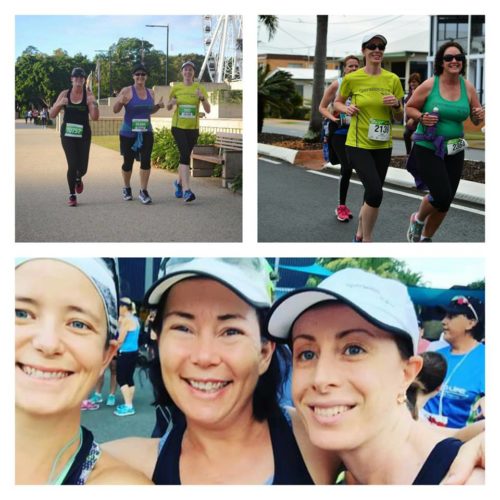 Suzi completed Learn to Run in 2014, has been a valuable member of the Operation Move community since that time and is a current Run Club member. Suzi originally shared her story in Run Club and it is reprinted here with permission.

Around this time 4 years ago I saw that Operation Move was running Learn to Run programs. I had been following Operation Move quietly for awhile and at the last minute signed up for the first ever group of LTR.

As a kid I was pretty active. I played a few team sports and my family was always pretty active. Unlike so many other Operation Move members I did not hide when Cross Country was on, or school sports days. In fact I went to a few regional competitions and loved it. We had a great running coach at my High School and we were close to Lake Wendouree so I would often see Steve Moneghetti running locally, which was pretty inspirational. I also did a few fun runs with my mum and have really fond memories of those.

However in my late teens a couple of things happened and running dropped away. The first thing that happened was at my school sports day I won a 4000m race and qualified to compete against other schools. However when we got to training a few weeks later I was told that there was no 4000m race for girls in the local competition, only boys. I unsuccessfully pleaded to run with the boys but was denied that. Then school work and study took over. I was always very studious and just could not see how to fit both in.

Then I grew up, got married, had a couple of kids and did not exercise in the meantime. When my youngest was about 18mths I realised I was incredibly unfit and needed to look after myself. I remembered how much I had loved running and mistakenly thought it would be an easy and cheap thing to do. So I joined a 24hr gym and started the C25k on the treadmill there. I would typically go around 8:30pm at night after the kids were asleep as my eldest had terrible separation anxiety and would not cope if I left the house while he was awake. Needless to say I struggled.

Then in August 2013 my mum had an accident and a week later passed away. It was so incredibly awful and for the next 6mths I just focused on getting through each day. After a while though the fog of grief cleared a little and I realised that I needed to start looking after myself again. Mum was always someone who believed in grabbing life with both hands and not missing any opportunity.

Which brings me to LTR. I was so hesitant at first. I didn’t share much online with my family and friends and was not sure about doing that with complete strangers. But I loved it so very much and over the last four years have made great friends, got outside my comfort zone and enjoyed life more. I have run mostly 10km events, and the Gold Coast Half marathon last year. I have primarily focused on the 10km distance for a few reasons. I found that it is so much easier to fit in training when you are working fulltime and have a family to look after. Plus you recover a lot easier too. The other reason though is that I have a habit of falling victim to annoying injuries and niggles. I have had plantar fasciitis, bursitis, morton’s neuroma, I sprained two toes while turning around in a pair of heels, broke my big toe, hip flexor issues etc. But I keep coming back to running.

“Next week will be better” - Me. Every. Sing

Waking up on my 44th birthday with two very comfor

“I’m getting the band back together” Spectac

The thing about beginning is that it will probably

So proud of these humans 💜

Best workout to do the Friday before a race? 6 x

Ain’t no better start to your #friyay than hill