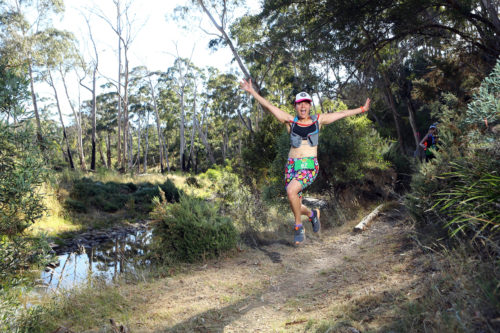 Matilda is an active and valued member of Run Club and the Operation Move Community, and blogs at  www.runmum.com. Matilda originally shared her story in Run Club and it is reprinted here with her permission.

I picked up running (again) end of 2011. I say again as I use to do cross country in high school. Apparently, I was quite good at it as I was always in the top 5, and would proceed to regionals. I gave it up as I never did the training, and my lungs felt like they would burst. Fast Forward to 2011. After splitting up with my ex, a friend of mine got me onto this program called Turbofire (a Beachbody program), by Chalene Johnson. I loved it.

Getting introduced to Chalene opened up so much more for me. She had (still has I think), this free 30-day program called 30-day push. Where you set goals and then go out and smash them. I thought I knew goal setting until I did this program (I still use the method today). One of my goals at the time was to run a 5km race. I was not a runner, but I saw running as the epitome of being fit. I thought I was fit until I laced up my shoes and headed out the door to run. I never knew programs like c25k existed. I did (what I now know as) fartlek training, where I’d run to the next street/tree/driveway etc, then walk for a bit then repeat.

I set my goal race as the Run for the Kids in April 2012. It took me 28:14 to run the 5.2km event. I was so proud of myself, and more importantly, I fell in love with running. The goals kept expanding. Next up was an 11.5km event, at Run the Gap (a local event for me). This run has a special place in my heart, as this is where I met my (not married, but practically are) husband. A mixed terrain event, I rocked that out in 1h3 mins. Of course, I had to level it up, and in June I ran my first half marathon at Run Melbourne. I ran that even in 2h3mins.

In 2014 I picked up trail running. My first trail event was at Surf Coast. It was horrible. I hated it. OMG I wanted to cry, it was so bad. I had high expectations, but getting ill prior to the event meant no training and of course it wasn’t at all what I expected. I revisited this event in 2017 and loved every minute of it. A totally different aspect and appreciation.

In April this year, my goal time to run the half marathon at the Australian Running Festival in Canberra was 1h45.  I crossed the finish line in a new personal best time of 1h43.

Totally love Op Move, and so glad I came across this group and joined the sisterhood.

Previous Post: « Podcast: Episode 83 – Things that are not running that can dramatically improve your running
Next Post: Podcast: Episode 84 – Finding a running coach is like dating, here’s how to find what works for you »