Nicole is an awesome contributor to the Operation Move community and a wonderful member of our Run Club program too. She wrote this a year ago and sent it to me and I only recently discovered it in the abyss that is sometimes my email inbox. Don’t worry, I have a better system now! But nonetheless I wanted to share her journey with you and congratulate her on two amazing years on her own path through health and fitness and supporting so many other people on their own paths as well. 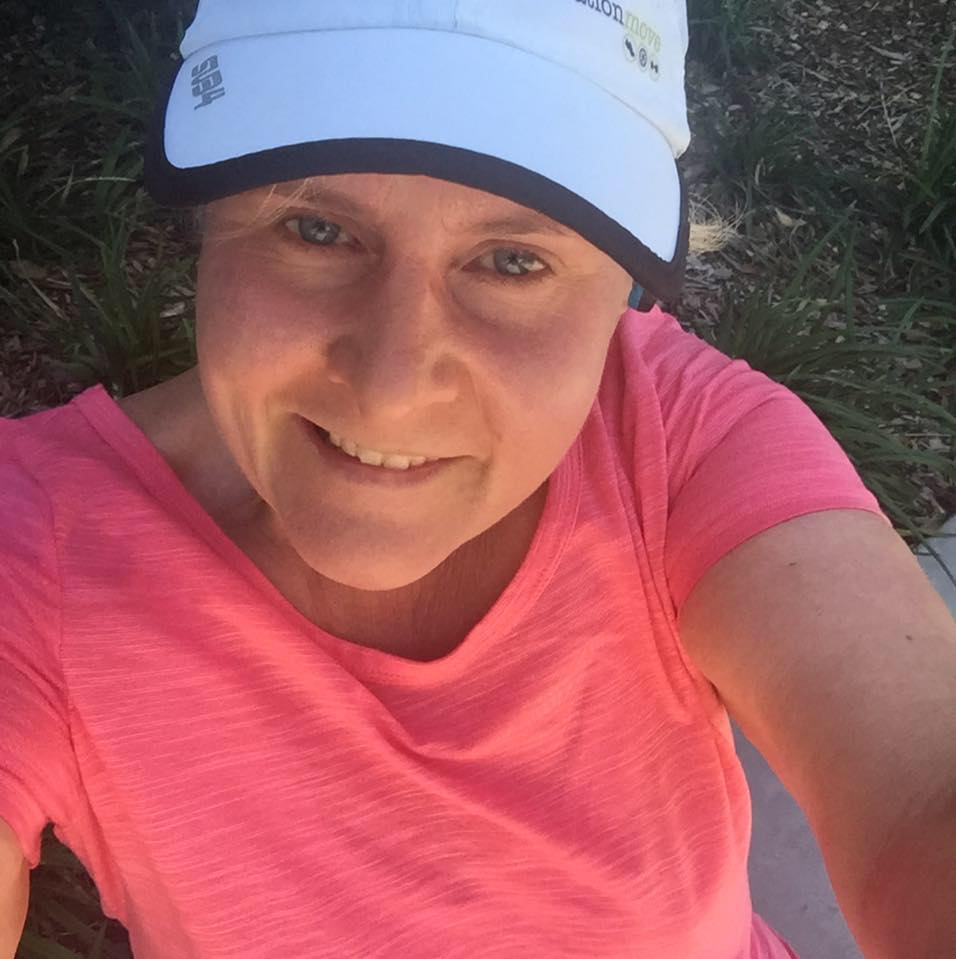 In January 2013, my health took a turn for the worse, I started having pain in my joints, my whole left side of my body had constant pins and needles, and I was fatigued and could barely get out of bed each day. After seeing my GP and being referred on to two specialist and numerous tests, Multiple Sclerosis was mentioned, I was very scared and very worried, and it was the scariest time of my life. I went for a MRI and I was cleared of MS, which was a relief, but I was still no closer to a diagnoses. After a few more test’s I was diagnosed with Lupus and Sjogren’s disease, two auto immune illnesses. So I now had a name for it.

It’s now September, 2013 and my weight is increasing, exercise was limiting, due to the paid and fatigue, I’m on numerous medication, to help the ease the symptoms, I’m working 3 to 4 days a week, as I can’t work the 5 day’s that I’m suppose too, and I’m on high blood pressure medication. My specialist keeps telling me to walk, exercise and eat good foods; it’s going in one ear and out the other.

At this stage, I’m barley making it out of bed each day, suffering from depression and I’m eating everything and anything I want, trying to cheer myself up, not knowing that I’m actually making my illness worse. In November, I started to talk to my husband about giving up work, as I just couldn’t cope with it. All I was doing was working, going home, sleeping and repeat, I had no life. It was so depressing, but at the back on my mind, something kept pushing through, saying you can beat this, you can beat this.

My husband had been training with Vision for about a year now, and he was getting some amazing results and he was feeling fantastic, I finally started listening and watching what he was eating, I read the book that was provided to him, and started doing some research into foods that help auto immune illnesses. In early December, I contacted Vision Personal Training, and decided that January 2014 was the time to get my life back!

7th January 2014 was the day that changed my life! I remember being so scared to walk into Vision, I couldn’t sleep the night before, but I knew I had to do it. I walked in, and was greeted by a big smile and I’ve never looked back. I topped the scales at 115kg’s. This day was the change of my life forever.

My main aim for 2014 was to come off all my medications, lose weight and get my life back. I was 110% committed to this, and I still am. Within three months of training and clean eating, I came off my blood pressure medication, woo hoo!! Yes, one goal done. Now I was working towards coming off my auto immune medication. I start my own group on face book, to keep me accountable and share my story, and it all helped, and still does.

Then the magical day come, in October 2014, my specialist took me off all my medication! He clapped and said to me, if only all my patients were like you. I was so, so, so happy, I can’t put it into words, I’m like YES! I DID IT. At this stage I had lost around 26kg’s, exercising and feeling good.

In 2015 I decided that I wanted to learn to run, a friend got awesome results with operation move, so in July I decided to sign up for the July Learn to Run course. It scared me a lot, but I was determined to get through the course. Some days it was a love hate relationship, but I completed the course, and I’ve gained so much confidence through it. I completed the City 2 Surf and the Blackmore’s Bridge run, and both times I got a PB. Leaving me keen to challenge myself more, so I’m determined to give a Half Marathon a try, in 2016, I just want to complete it, not fussed on any special time, just want to give it a go. The support that I received and still receive through Operation Move is amazing, it really kept me going, what a wonderful bunch of strong women!

I’m now happy to say that I can run and I’ve lost a total of 31.5kg’s and I’m pain free, and my health has returned, I’m 44 years old and I feel the fittest and healthiest that I have in decades. My journey continues….

Previous Post: « How to hijack your motivation before it disappears
Next Post: Are you ready for a challenge in January? »

Resilience for Runners - Hip Release and Activation
«
Prev
1
/
4
Next
»

It’s that time of year when poor mans altitude t

My plan for the week! What does yours look like?

Everything always comes up brilliant on #longrunda

A reminder to get some sunshine on your wings 💜

Sometimes the best present you can get is going ba

Running loves you more than you think it does. Tru

It’s amazing how once you get back into somethin

Just putting it out there: you aren’t a bad pare

I think you’ll find the day vastly improved if y

Sometimes the long run after workout day is great

First day of Spring, time to get those pins out! T

In preparation for the most Tuesday of all Tuesday

A while back I must have spent a whole weekend cle

Check out my winter tan. Getting ready for sprin

Got the message that @justamum_wholovestorun had a