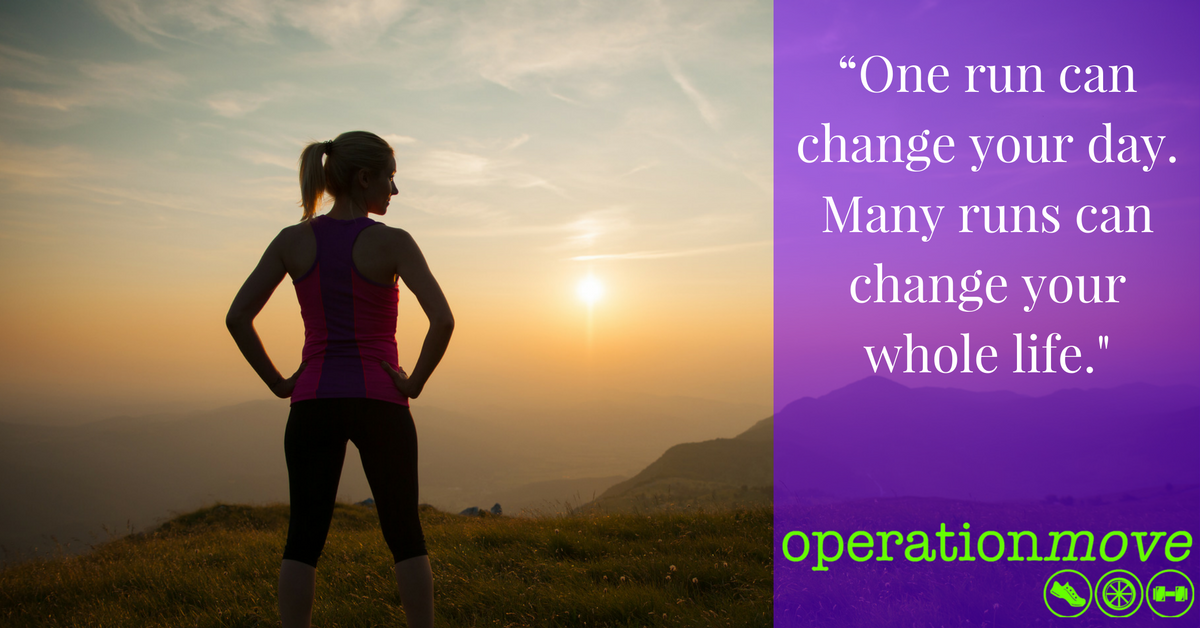 I can’t remember when I first decided that I wanted to go for a run after Piper was born. Isn’t that funny? This thing that became a huge part of my life and I can’t remember it. I do remember counting down the times on the treadmill. The way 100m used to seem like a lifetime. The way running for more than 30 seconds seemed impossible. I remember that part very well. I remember never looking to the side at the gym just in case anyone looked my way. And when I was outside I remember almost holding my breath until people had passed me. Lots of things I do remember, but the first run which seems so significant in hindsight, I don’t remember at all.

I’ve been reminded of that time more often lately through the magic of TimeHop where it shows you your photos from a year ago or two years, or four. Mostly I check it for baby photos. 3 years ago I was doing my final training run for the Sydney Half Marathon. I’d somehow managed to run my way through a severe clinical depression that had hit at the beginning of the year. I don’t know how exactly but I did. The medication helped. The habit helped. I just kept moving forward. Some days felt like freedom. Some days felt like crushing defeat. Like normal life really. I think the hardest thing about being depressed is attempting to impersonate a not depressed person. It doesn’t work. It kind of comes off as this warped reflection of what a normal person looks like and even that is really hard work. I drank too much. And I smoked too much but somehow I still ran.

It’s probably then that my relationship with running started to feel like a living thing, not a static thing I did, or a hobby. Almost like my running was its own character with its own personality and quirks and weaknesses and strengths. Almost as though if I went out for a run I could hear it talking to me. It sounds silly to write it down like that, but it is how I think about it. If I cancel a run, it does feel like I’m cancelling on an old friend. I feel the need to look after it and not do stupid shit that might screw it up. It’s taught me things too – like how to look at my body and how to dig deep and the fact that there’s always more. Even when you are done, there’s more.

Most of my life changes have been to support that relationship I have with running. I quit smoking for my run. I don’t think I could have done it for anyone else. Recently I’ve made some other big changes too. I don’t think I could have given up dairy, grains and sugar for anyone else either. My body hasn’t quite caught up to speed yet though. In some ways it’s interesting looking back at those TimeHop photos because it kind of feels like starting over again. It takes patience and commitment. Mostly patience. My body might not be used to fuelling runs on slow carbs yet but it sure does have a hissy fit any time I eat grains. So I trust that my relationship with running will sustain me through the transition – even when it seems hard and I seem sluggish. Because there’s always more. I know that, even if I don’t feel it yet.

Registrations for Learn to Run now open. Don’t miss out!