I’ve had a blog in one form for six years and I’ve only had writers block once or twice. Doesn’t really happen that often. Once it happened because I took a break and it was hard to get back into the swing of things. Once or twice it was because I was leaving something unsaid and so I couldn’t say anything at all. And here we are again. In the land of writers block and I couldn’t quite figure out why.

For the last two weeks I’ve been trying to figure it out. I sit down to write and there’s nothing there. It’s just blank. When you start something as a partner, it’s hard to continue as a solo act I guess.

I’m a great coach but I’m a pretty crap marketer. Most businesses I’ve been a part of I’ve ensured that there was someone else doing the advertising/marketing/finance/accounting stuff because it’s not a strong suit. At all. So I think a big part of it is spending so much time outside my comfort zone learning all the things I don’t know (or trying to) that there’s not much creativity left over for writing. Of course the irony is, if I made space in my brain for it, well creativity feeds into everything you do.

The perils of being a geeky running coach is that I can allow the numbers to feed into my running a bit too much. And that is very true with marathon training. I’m very aware of where my pace should be, how easy something should feel or how hard. And it can cause you to lose the love for it a bit. Too much science, not enough art.

I love hill sprints. And not just in a ‘I love them when they are done’ kind of way. I actually love them. They aren’t paced so the aim is to just run hard for the whole time and not stop and then you get a nice downhill recovery before you go again. They are such a great test of your body and it leaves little room for too much thinking. And today it was enough that I could let a lot of my stress and anxiety get lost in the fog and I could just run. And I let the creative part back in a bit too. 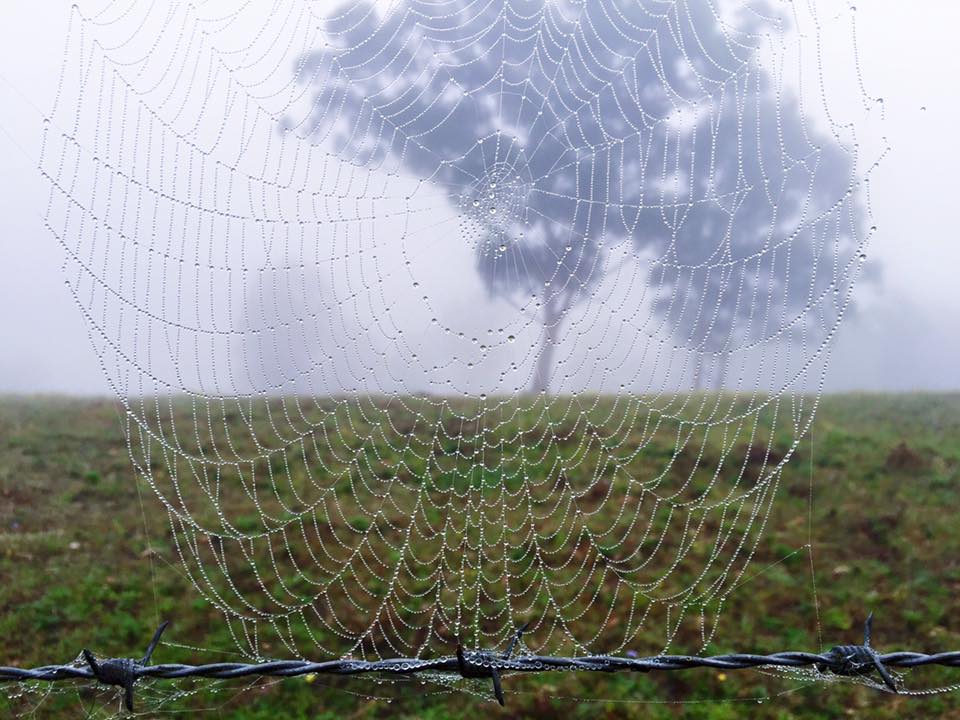 And isn’t it beautiful?

After the last few weeks I really needed to find some magic, something to inspire enough wonder to take me outside of myself. And there it was, waiting for me.

Go outside. Something amazing always happens.

Previous Post: « Run for Kate {and win a half marathon entry in the Melbourne Running Festival}
Next Post: Workout of the Week: Progression Run »