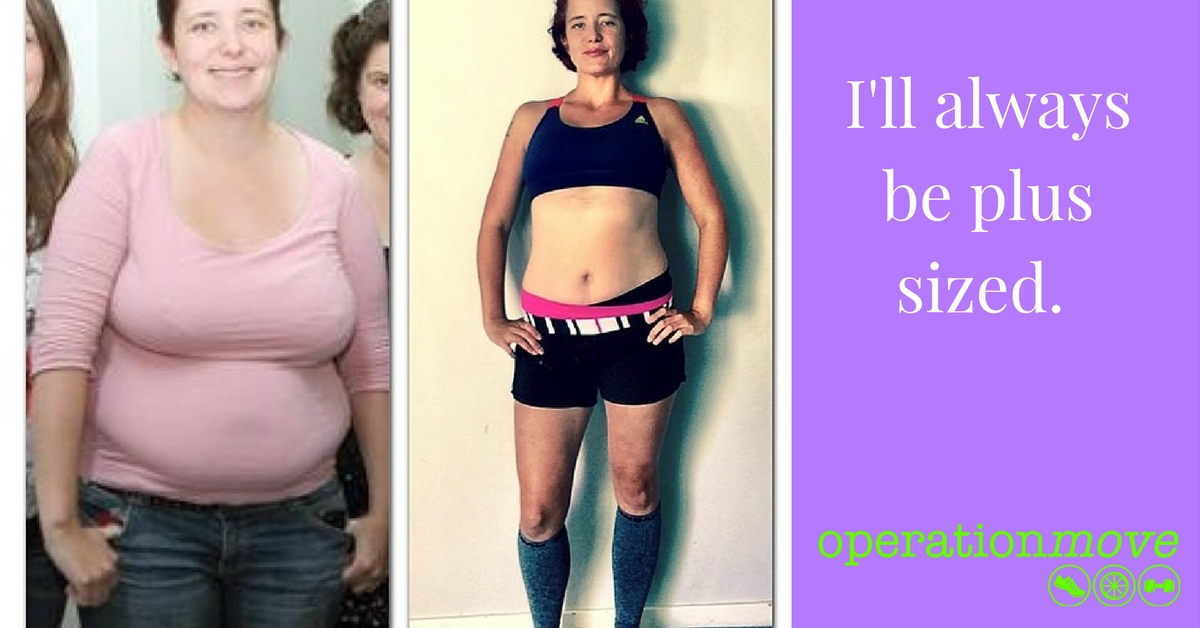 And no, not Calvin Klein plus sized. Actual plus sizes.

Over the weekend I posted this:

Note to self: Don’t post controversial things if you aren’t prepared to moderate comments for 6 hours. But you know, I didn’t think it was controversial at the time. Goes to show how much I know, hey?

I have a strong reaction to fat shaming, and I think pretty much everyone else should too. These days I pass for a not fat person. But I’m still here. A friend of mine, Cat wrote this great piece about before and after photos and how her ‘before’ did all the hard work. Mine did too. That bitch was fierce. She showed up places where she wasn’t welcome, like the 24 hour gym. And it didn’t matter how many people gave her the stink eye up and down. She ran outside, in public. And she even walked into shops where they told her there was nothing that would fit her.

No shop is required to sell plus size clothing. But it’s the rank hypocrisy of having a “National Active Day” to “fight obesity” while excluding obese people, that bothers me.

You know what the best way to ‘fight obesity’ is? Stop pandering to this idea that you can determine someone’s health by looking at them.

You know what the quickest way to be part of the problem? Fat shaming people while excluding them from the solution. I’m not saying one shop has that impact. It’s just a shop. But as a representation of people’s attitudes – sure it does. How many times do you think you can tell someone that they are lazy, hopeless and weak willed before they believe you? Not as many as you’d think. It’s a coward’s punch to a vulnerable population.

And I know because I was that person. And I still am. And I worry that every time someone hears that it’s their fault – because they lack motivation, or they are weak willed or they are lazy or whatever the judgement is – that’s a chance they don’t take. That’s a gym they don’t go to. That’s a class they don’t do. That’s a run they don’t try.

It’s an easy mistake to make. When you aren’t fat, you get to fly under the radar and no one ever judges what you eat, how you exercise or what you wear – no matter how unhealthy it might be. It’s easy to assume that it’s the same for everyone else. At my thinnest, I was at my most unhealthy and unfit. But no one would ever know, because I was a socially acceptable woman size.

So you want to support women? Start by including them in spaces where everyone is hell bent on excluding them. That seems like an excellent place to begin.

And don’t be fat shaming on my Facebook page. I’ll ban you so fast, it will make your head spin.

Everything I do is built on that you can, no matter what.

And I’ll leave you with this, some great thoughts from Wentworth Miller (in reference to a meme posted about his weight gain):

“And I put on weight. Big f — king deal.One day, out for a hike in Los Angeles with a friend, we crossed paths with a film crew shooting a reality show. Unbeknownst to me, paparazzi were circling. They took my picture, and the photos were published alongside images of me from another time in my career. ‘Hunk To Chunk.’ ‘Fit To Flab.’ Etc.

My mother has one of those ‘friends’ who’s always the first to bring you bad news. They clipped one of these articles from a popular national magazine and mailed it to her. She called me, concerned.

In 2010, fighting for my mental health, it was the last thing I needed.

So do those pictures.

Now, when I see that image of me in my red T-shirt, a rare smile on my face, I am reminded of my struggle. My endurance and my perseverance in the face of all kinds of demons. Some within. Some without.

Like a dandelion up through the pavement, I persist.

The first time I saw this meme pop up in my social media feed, I have to admit, it hurt to breathe. But as with everything in life, I get to assign meaning. And the meaning I assign to this/my image is Strength. Healing. Forgiveness.

Of myself and others.