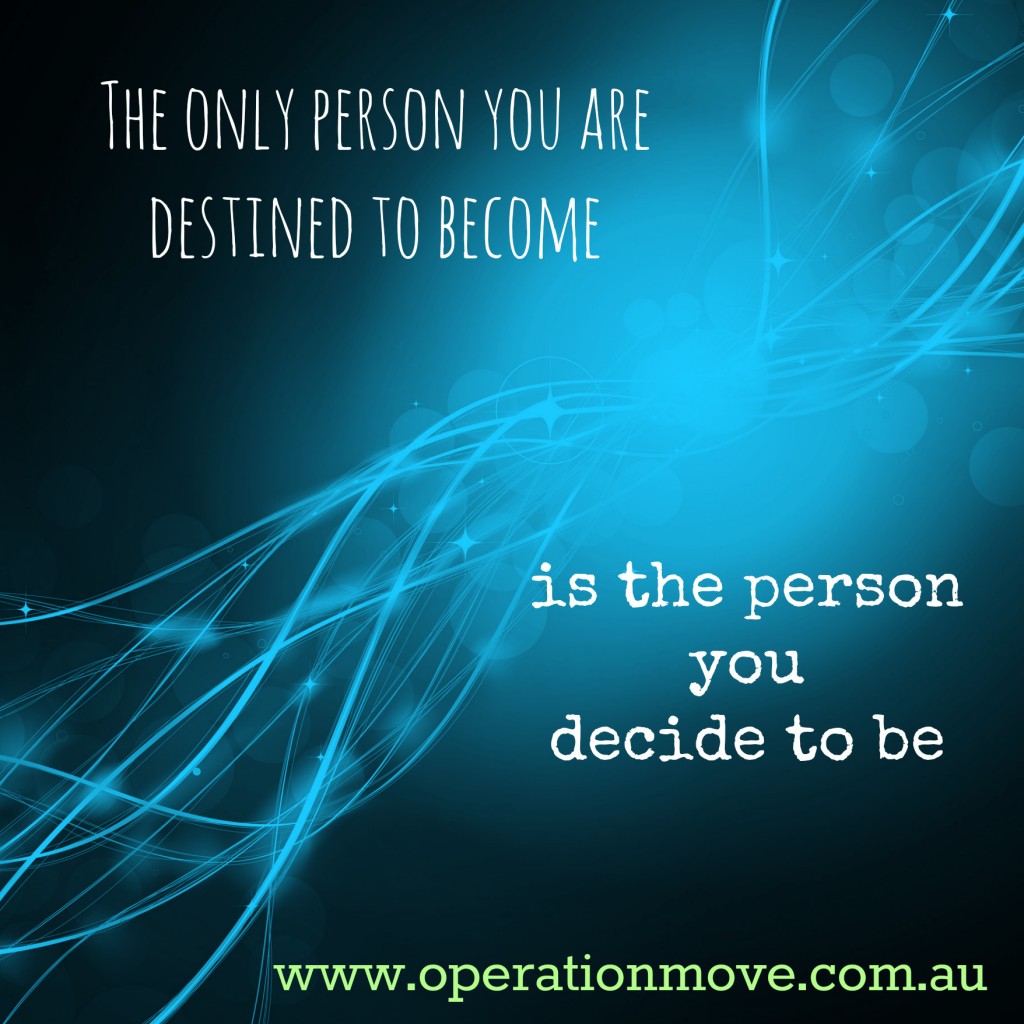 In life so many times there are real obstacles. Things that are unchangeable, things that you just have to work around. For the most part though, those things aren’t what hold you back. It’s the little lies that do that for you. Things like you don’t have the ability, or the time, or the strength or the talent.

Come to think of it, I’m not a fan of talking about talent. Because I worship at the altar of hard work. I believe most things can be worked for. You might not get them tomorrow or next week or next month. But most things, if you put in the effort, you will get.

For years I didn’t exercise because I’d convinced myself I wasn’t athletic enough or coordinated enough or I just didn’t have the time. Which was all bullshit really. Just excuses I gave myself. Excuses that I felt like I was entitled to. In part because PE in school was the epitome of all things bullying. It was humiliating. And I spent a whole lot of my adult life avoiding embarrassment or humiliation.

I liked walking and hiking. That was a pretty safe zone for me. I loved the idea of finding as many mountains to climb as I could. But you know what? I never did.

You could say life got in the way. And that’s certainly what I told myself, but really it was just a matter of taking my eyes off the goal. And when you do that, all you see is obstacles.

Then one day I decided to work for it. My initial motivation was pretty simple. I had baby weight and I was in the horrifying position of realising that unlike in my twenties, in my thirties it had a nasty habit of sticking around and I actually had to work to lose it. It’s a strange mix of leaps of faith and baby steps. Going to the gym was a leap of faith because I was terrified of exercising in public. Making the switch to running outside was another leap because I was scared about how hard it would be. The baby steps were committing to it. And the more you commit to the process, the more it gives back to you.

Then one day you find yourself contemplating this: a full marathon ascent of about 1,250 metres even though you have never completed a full marathon.

All of those leaps I have taken and baby steps I have moved forward with have led me to this place. The place where I have a training plan which calls for about 5 training runs per week and 3 strength and conditioning sessions. Training which I have committed to and I don’t cancel on. It’s something I have worked at for two years. That person who wasn’t athletic enough, now has the resting heart rate of an athlete.

Once you commit to the work, it rewards you by continually proving that you can do things that you never thought possible. Less than six months ago I would have thought it impossible to run a kilometre in under 6 minutes but I recently ran one in under 5. When you are doing the impossible, there aren’t that many obstacles – there is just the work you need to do to get you from where you are to where you are going.

And now? Now I’m looking for some mountains. Goals change. Now I don’t want to walk up mountains, I want to run.

Running in 1 Hour - Maintaining your running fitness in lockdown or when you are just short on time.
«
Prev
1
/
5
Next
»

Me: running towards coffee. One thing I love abo

Just in case you think you could make a crochet ba

Run done, so now I can return to weekend sloth mod

Running is like pizza, even when it’s bad it’s

“When we spend our lives waiting until we’re p

Status: drowned rat. But in the period between N

No better way to start the week than with some sun

Sunrise and the great luck to run into @surferbink

Allegedly a thing we are doing

One member of our #friyay run crew was significant

Me: at my funeral.

I like your enthusiasm garmin, but I did not in fa

You can’t grow when you are shrinking.

I’m reading a book called subtract which is abou

Ain’t no feeling like the #friyay run crew back

Tempo Wednesday doesn’t have quite the same ring

Not much of an evening runner but it does have som

The final sprint is the best sprint 💕 Started