Most people probably don’t know this but I have a back scoliosis that makes the whole left side from my lower back to my knee really weak. The right side is the dominant side and takes over to compensate as much as it can. I have a leg differential that makes most people’s eyes pop. Because of that I have no hip stability to speak of. And most of the time whether it’s in running or strength work I have to work twice as hard for half the result. Because of my stability issues, I’m not overly suited to marathon running. Really, I should probably stick to things under two hours. My body copes relatively well with that.

But I just love the Melbourne Marathon. Melbourne is my favourite city. I love seeing the Spartans on the course. I could give up most marathons but I don’t want to give up Melbourne.

I worked really hard with what I’ve got. I removed a lot of the extra stressors on my body while training. I worked at Pilates on core strength and stability. I worked with my body when both sides of my body were having trouble – the right because it was taking on so much of the load and the left because it was struggling. And honestly, neither side is one hundred percent at this point but they are as good as they can be under the circumstances.

I have two tattoos. One is a phoenix on my weak side because I overcame it and the dis-ease of depression within my mind to run my first half marathon. And the other one is a compass on my right side, because all the strength, purpose and direction comes from my ability to run.

It’s true that with getting to know my body, in order to find the limit of what I can do sometimes I have to push my body too far and then I can take that knowledge and use it to work with my body better. After my injury, I learnt from that and within those constraints I have pushed my body as far as it could possibly go in this training cycle. 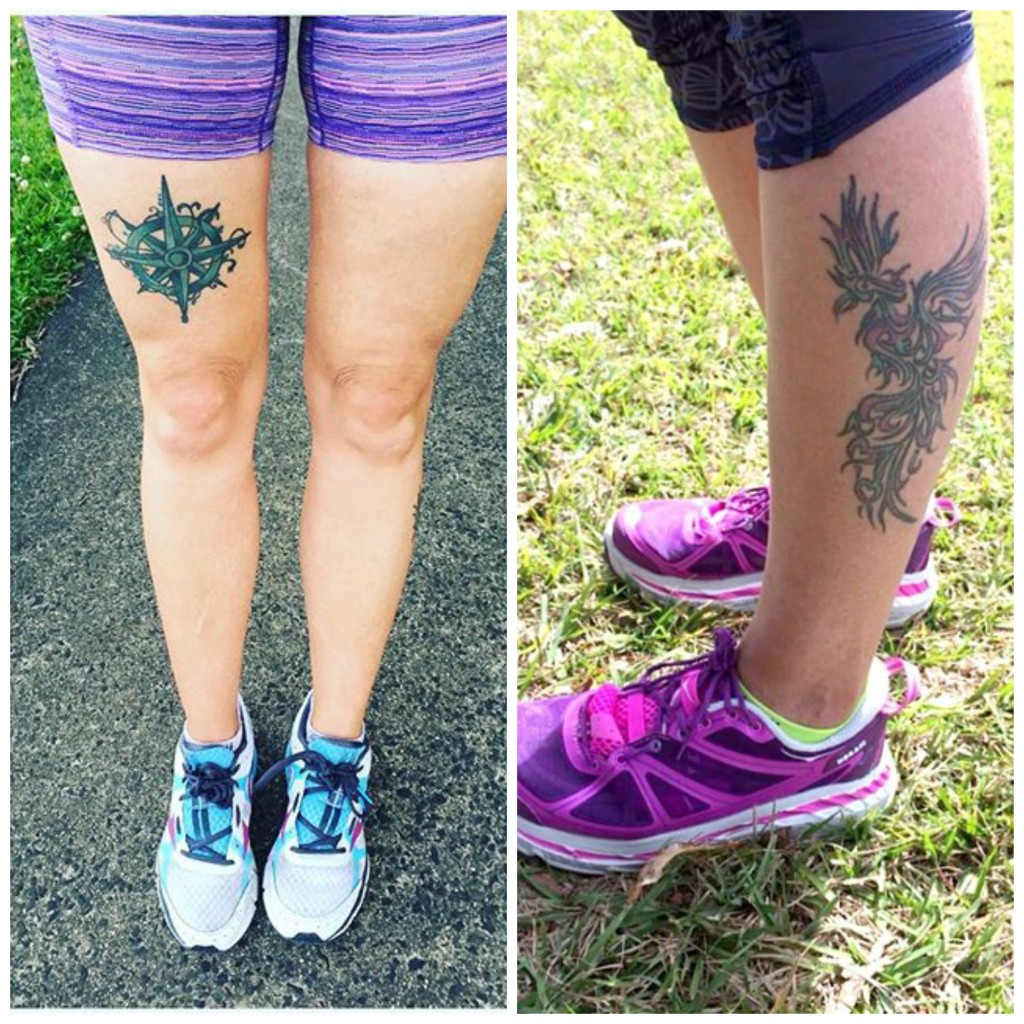 I probably won’t have the mental strength to do that next year. I will always run Melbourne but this will be my last race for awhile. It was a bit of bad timing really – being solely responsible for Operation Move while attempting this huge thing in my training. But you just keep on keeping on and you get through it.

There can be a bit of pressure to run a race that exemplifies your training achievement but there are just so many uncontrollable factors there, you can’t really do that. I’ve had an outstanding four months in my running. And I get to show up with that on the day – the rest is out of my hands.

I always set a few goals which is a good idea because if something goes wrong it gives you something to aim for. But really they are just numbers and they don’t matter that much. My only goal is to run strong. Because the things that you remember about a marathon is never the time on the clock.