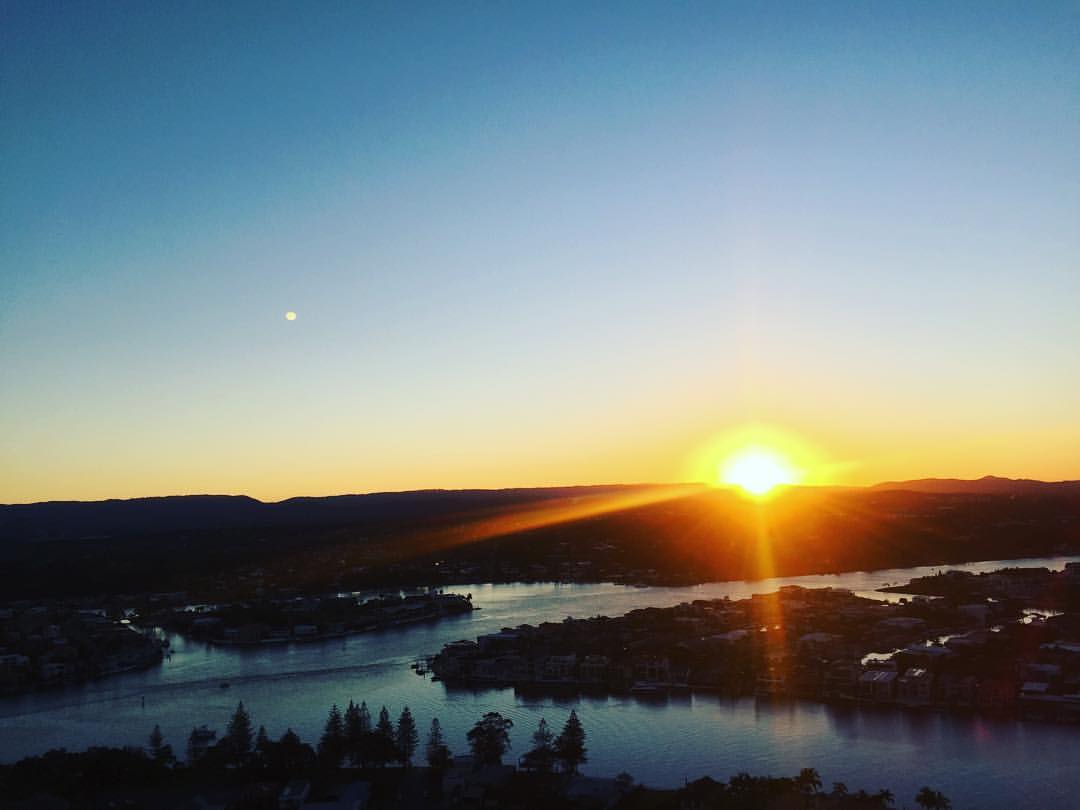 The first time I ran at the Gold Coast Airport Marathon I was doing the Half Marathon and I was walking back to Surfers and a local said to me the running gods always shine on the Gold Coast. And it stayed with me. And three years later, it’s still true. I’ve had fast runs, slow runs, half marathons and now a marathon, but I’ve never had a bad run. 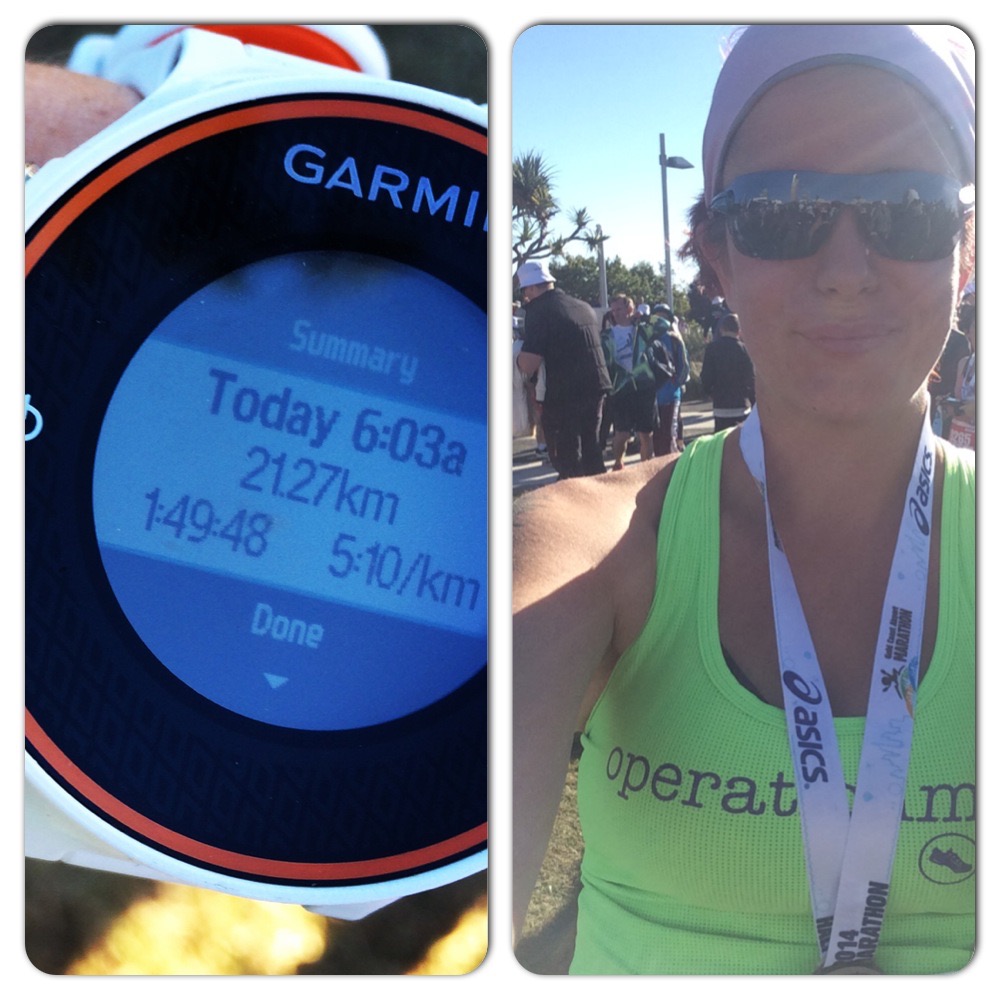 The morning of the marathon I woke up and I thought I was going to have a bad run. I had one of those ghastly sore throats where it feels like razors every time you swallow. I’d had zero sleep because I watched too much election coverage and felt a bit nauseous from the self-inflicted lack of sleep. And to add insult to injury I was about a day away from my period and my breasts hurt enough walking, let alone running. For probably the first time ever I thought I might have to pull out of the run. It seemed like the planets had aligned to create catastrophic conditions to go out and run a marathon. 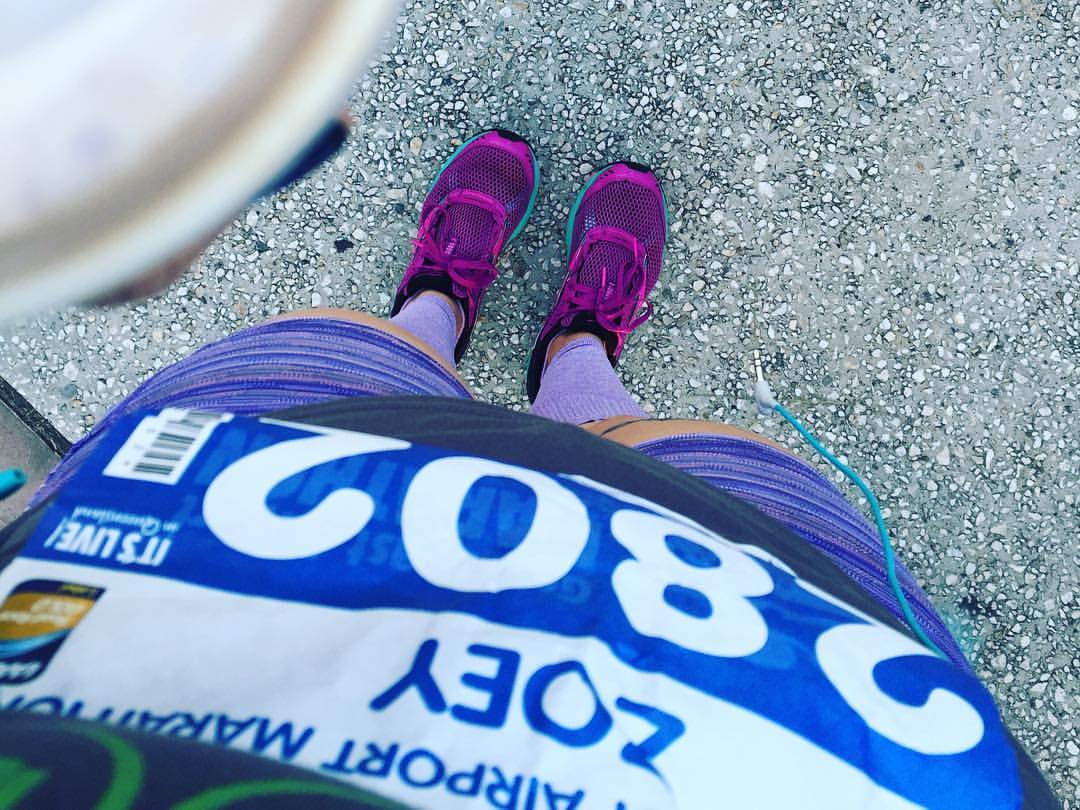 But you never know right? And I had loads of time down at the start line because I was down there for my husband to run the half marathon which starts about an hour and a half beforehand. Plenty of time to wake up, inhale coffee and mentally get ready for a five hour run. After all, I’d eaten all the carbs the night before, it would be a shame to waste them. 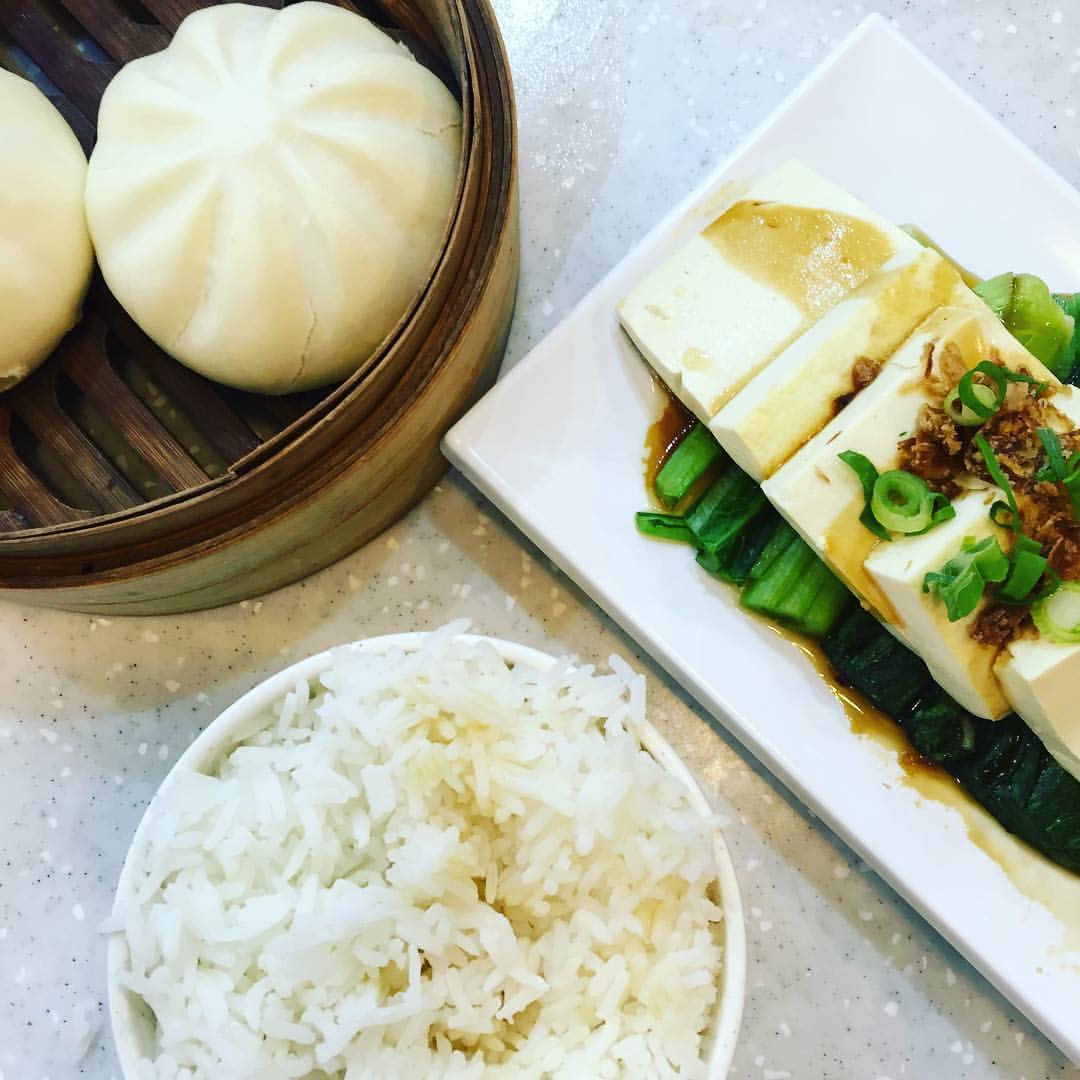 When I hit the start line I had a vague goal of running it in under 5 hours. For no other reason than it can help to keep you motivated through the harder parts of the run. I’d never trade the minutes I spend chatting to people on the run, or high fiving kids for fewer minutes on my watch at the end. But it can help to have a goal to keep you focused. My idea for my training this year was to treat the marathons as training runs and run my way into training form through races. And so far, I’ve enjoyed it. My really long runs are marathons and I do more maintenance stuff in between. As I go I’ve been fine tuning it, so this run I wanted to really focus on my nutrition which I’d not paid enough attention to at South West Rocks and I really suffered in the last third of the run because of it. 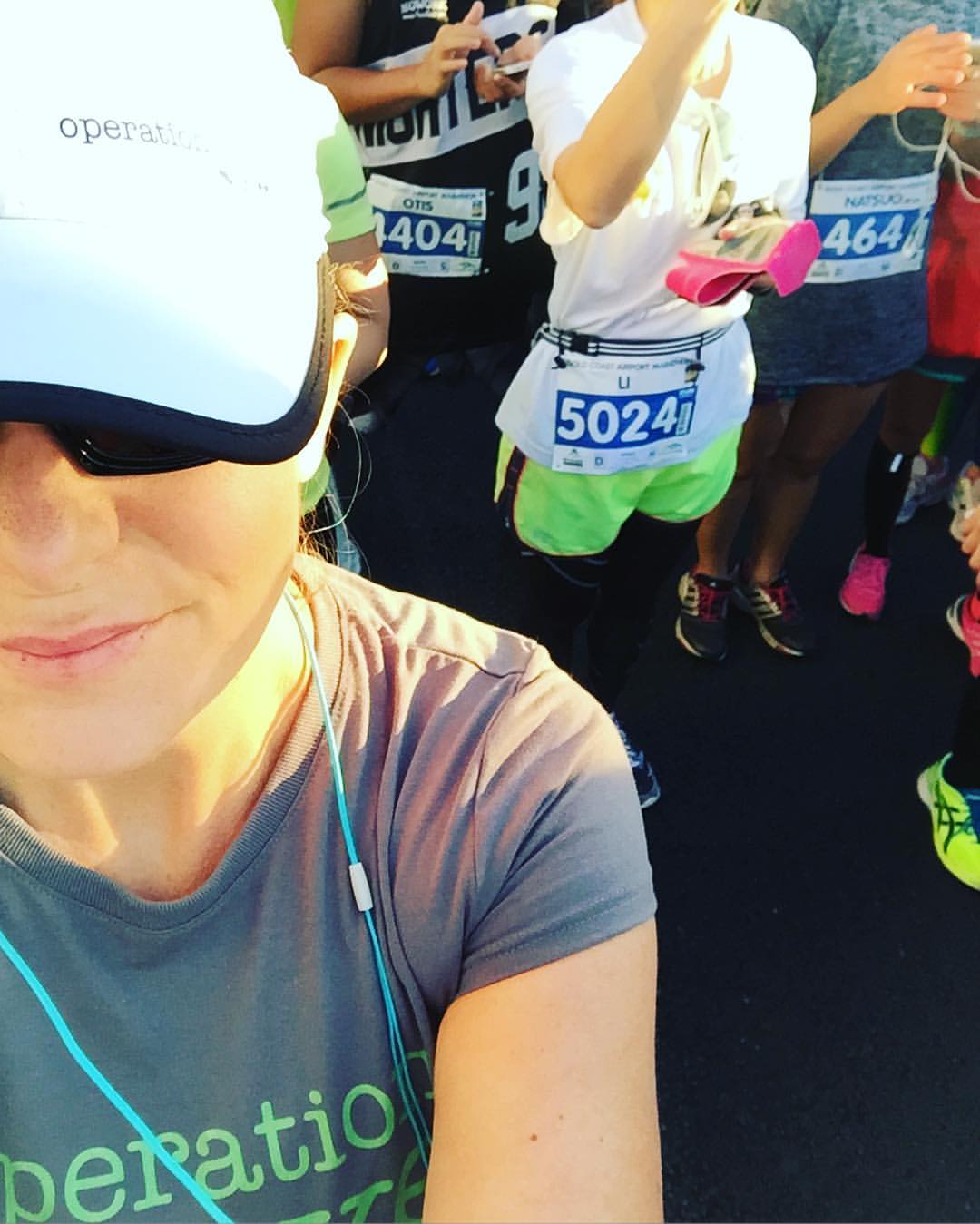 I started off way faster than what I intended to run the race for so I could catch up with Carolyn and see how she was going. It was lovely to chat for a bit and then I dropped back so we could both run our own races. And I got to run the rest of my race knowing she was doing really well and got to see her flying on by with about 5km to go too.

I stuck to my plan of one shot blok every fifteen minutes and a GU gel at 14km and 28km and it was great to see how much more my body was capable being properly fuelled for the distance. Although next time I might even add more to that. It was about 30g of carbohydrates every hour but I think I could probably use about 40g. And despite having inhaled about a litre of coffee before I started my stomach was really settled the whole way which let’s face it is like the holy grail of marathons.

So for the most part I got to really enjoy my run. The conditions were stellar. You get to see so much of the water as you are travelling along.

It is a long time to be out there with yourself. All the best parts of you and all the worst parts. The part of your brain who believes you can and the part of your brain who thinks you are a fraud. But it teaches you things too. Like patience. I hit a bit of a wall around 17km which is pretty early but my shoes were irritating my ITB a bit, or maybe it was just that start of the section coming up to half way which is a struggle because you still have so far to go. But if you wait it out, you get that second wind. Mine came at 25km. 8km of patience waiting for it to show up, but it did. And then you get to feel invincible for about another 10km. 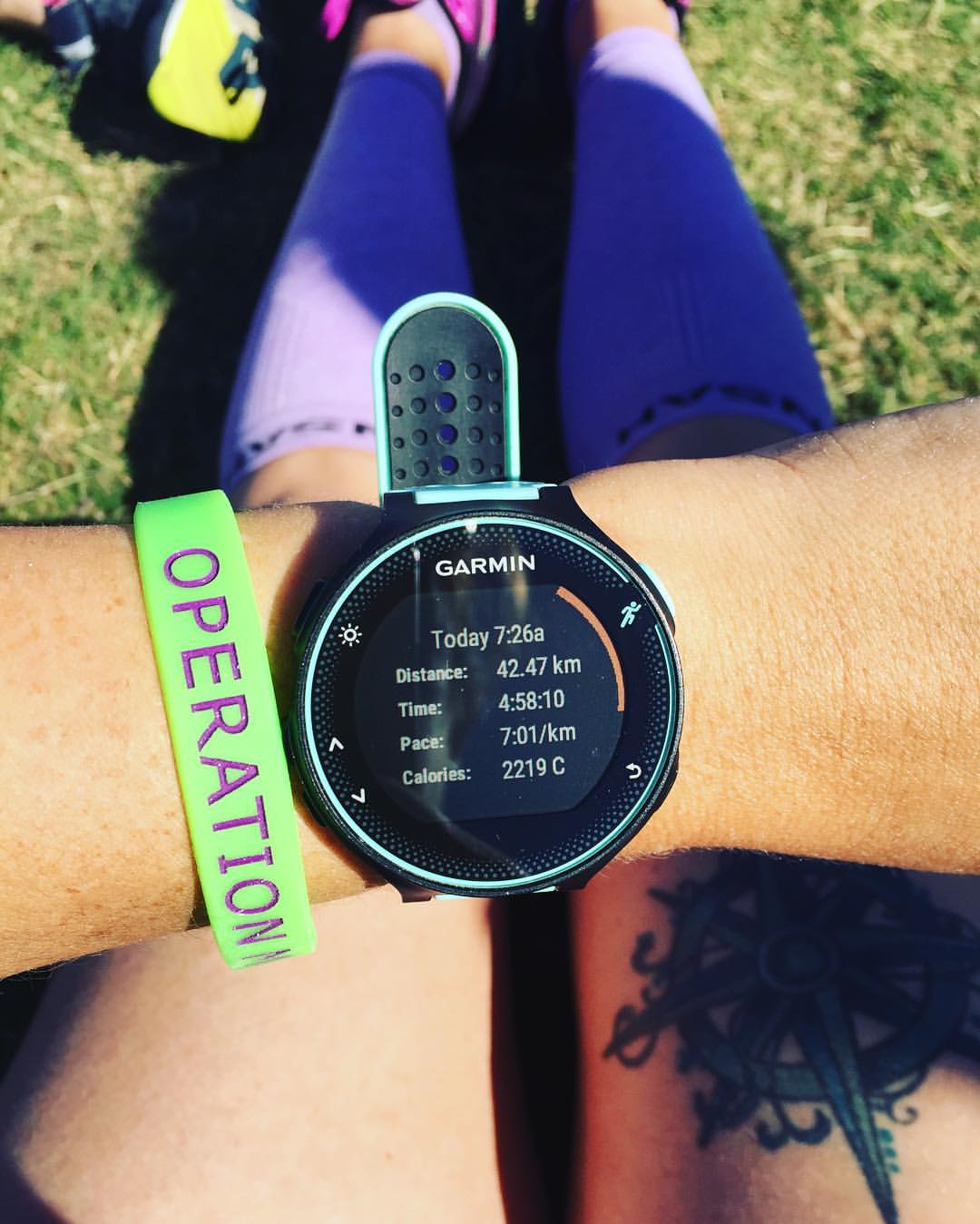 Never met a finish line I didn’t want to kiss though. I was counting down steps towards the end. It’s what I do interval runs too. It gives me something to focus on, and before you know it, you’ve done the impossible. 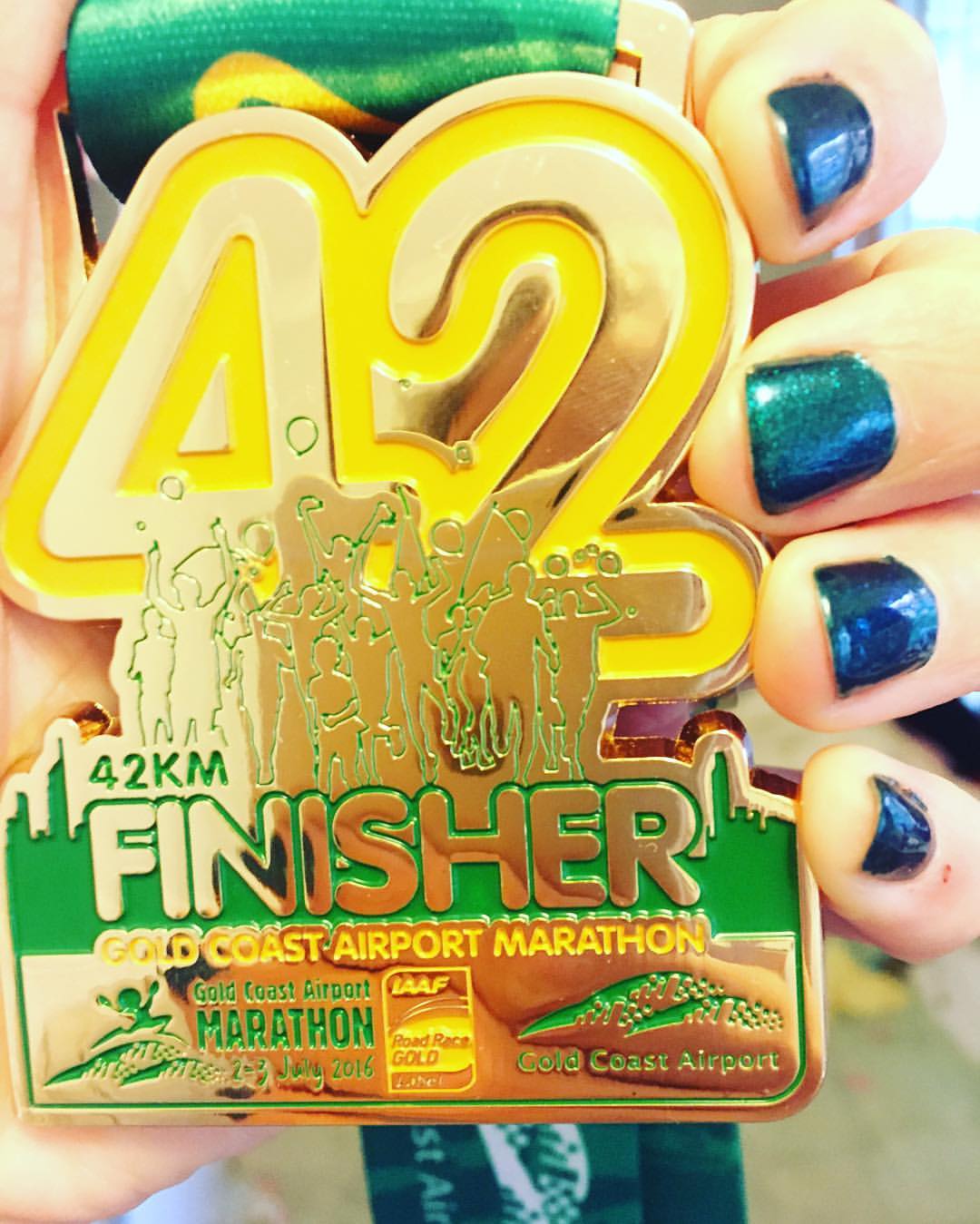 And now it’s your turn. Maybe it’s time to find out who you are and who you could be.