I wrote this a couple of years ago, just after I was contacted by a journalist. She wanted to get in touch with 40-50 year old runners who had really come into their own recently even though they had probably always been a runner.

I was able to give her a few names of people I know but I said that she might struggle to find people who had always been runners. Because most people I know take it up in their thirties. Sometimes I wish I had found it earlier, but the truth is I had, I just lacked the discipline for it.

In my twenties I used to run 8km in the morning on a regular basis. I ran 8km because that was about what I could get through in an hour. I wasn’t consistent. I would run when I was on a weight loss kick and then when I didn’t need to lose weight I would stop running. Because I lacked consistency I never pushed through to where I could run something at an easy pace. It was always hard, all the time. But I did enjoy the hardness of it and I loved the feeling when it was done. But I never broke through that initial struggle that running is.

A big part of me liked it because it was on my own. I avoided physical activity of all kinds throughout school and university and adulthood. I was always picked last for sport. I didn’t have an athletic bone in my body. But I did walk a lot. I enjoyed being able to put my headphones in and imagine the world away. So going for a walk for an hour or two would not have been unusual for me.

One of the benefits of having been blogging since 2009 is that I can go back and read what I wrote. I don’t usually. I kind of like that it’s a moment in time and then I never read it again, EVER. But I was interested in going back and reading about the start of my running journey.

Once again it was motivated by weight loss, having just had Piper. And I was making an effort to eat better and exercise more. The first time I wrote about it, I was about 4 weeks in and I’d worked up to running for 650m and walking for 100m on the treadmill. I think I had started running about 300m to start with. Because anything more and I was dying of DEATH. 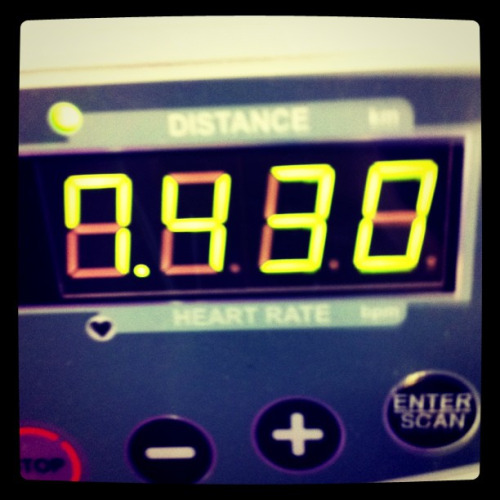 At that stage I was running for an hour and then stopping. So I guess this run I was averaging 8:04/km. And I just kept extending that run interval so a few days later, I ran a bit further.

Cracked the 8 minute barrier with 7:56/km. Always on the treadmill. I had zero interest in running outside because that seemed way too scary.

Gratuitous baby shot. This is how little she was when I started running 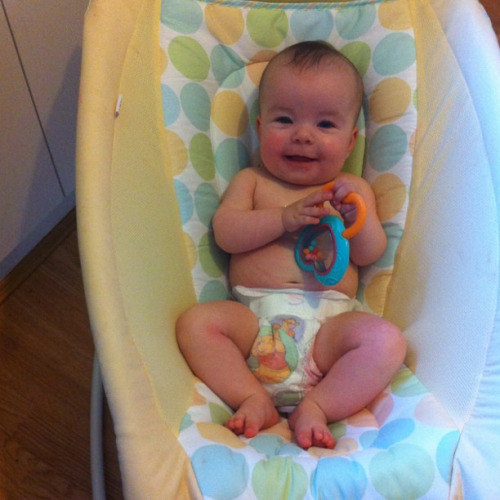 By October, I’d managed to build up to an hour of running without stopping. 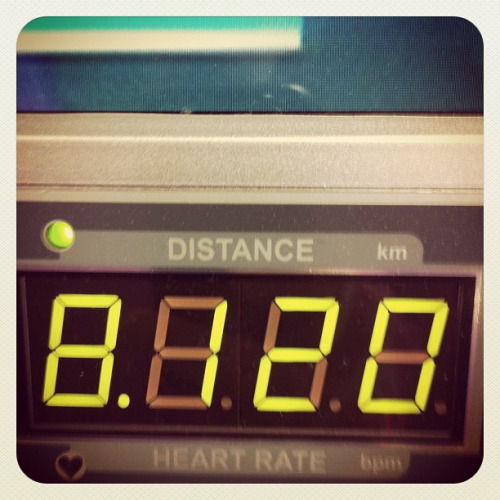 And by March the following year I’d managed to run 12km, although I couldn’t imagine how anyone could ever run further than that. 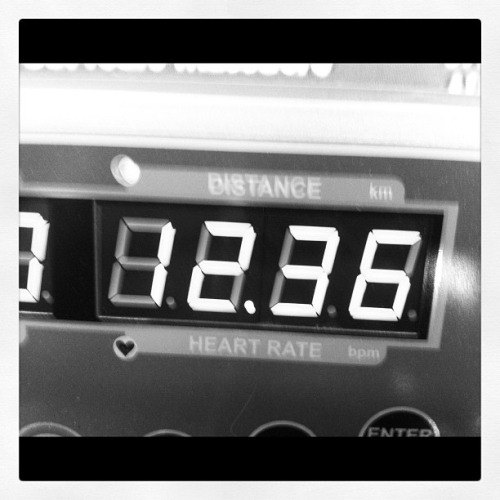 Things continued like that for awhile. I’d go to the gym about 4 days a week, I’d run for an hour and that was it. But in November, having joined in with Operation Move, I decided to challenge myself and run outside. I’d only planned on 12, but I got a bit lost and ended up going a bit further. 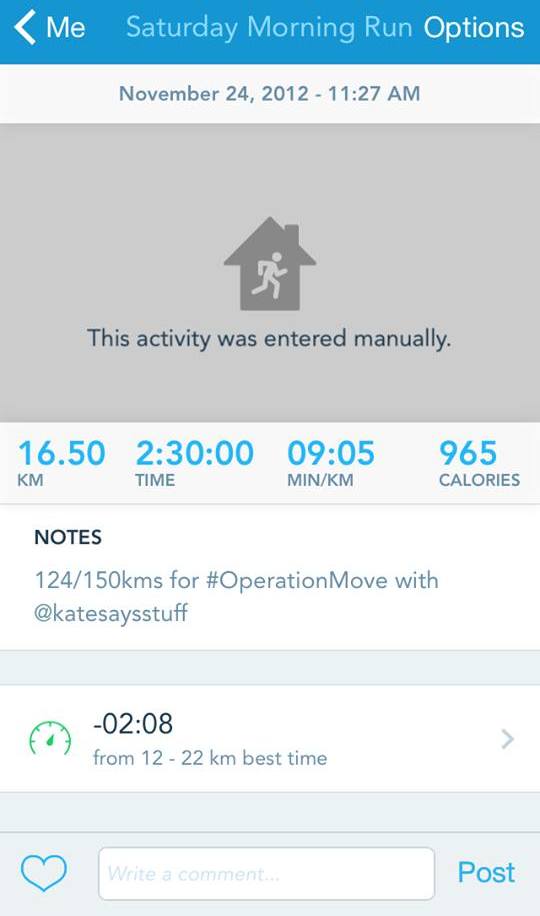 And after that I avoided the treadmill wherever possible and started running outside.

At one point I had to retrain because of shin splints, but I kept going 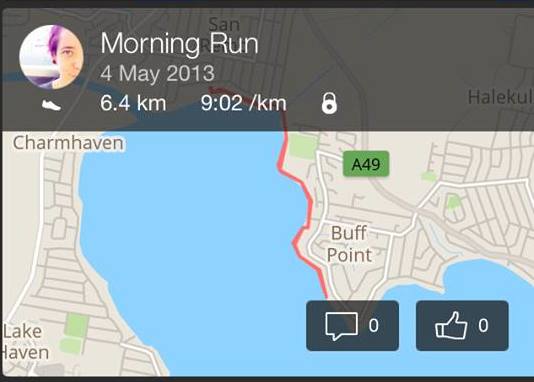 But I got there, and I managed to train for a half marathon 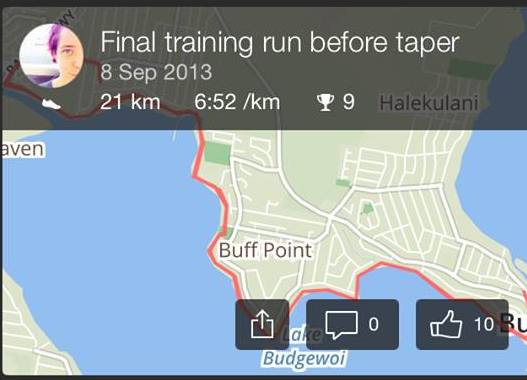 It was brutally hard. 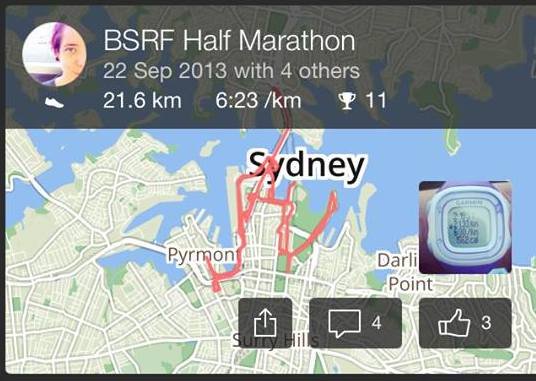 And then we did it again 3 weeks later. 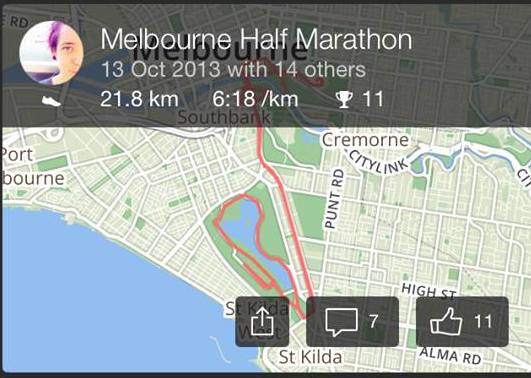 At the end of that year I decided to train really hard and see what happened. I ran really long distances just to know that I could. 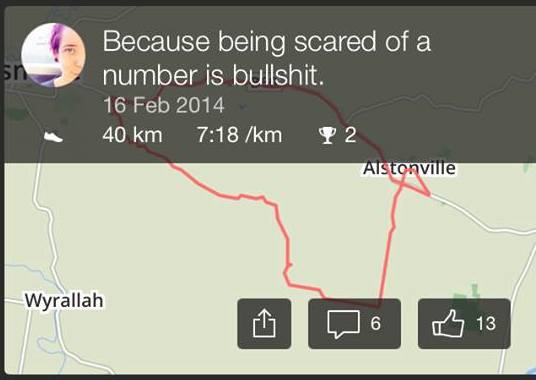 I pushed myself to run a whole lot faster than my comfort zone. 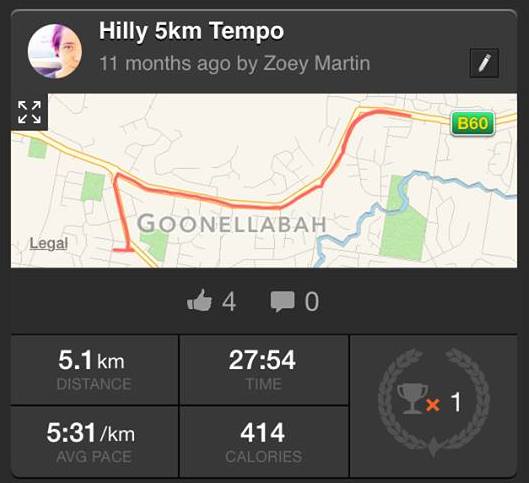 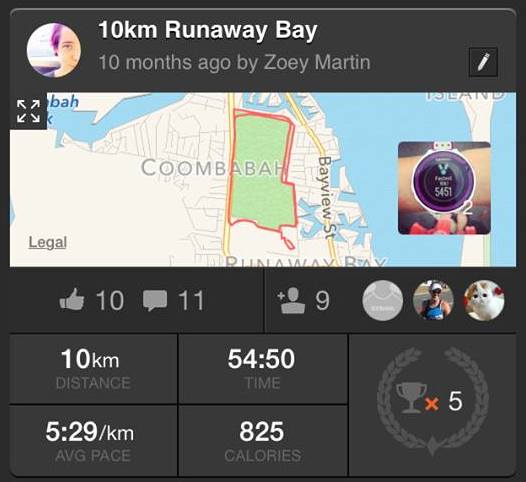 I ran a lot of half-marathons. 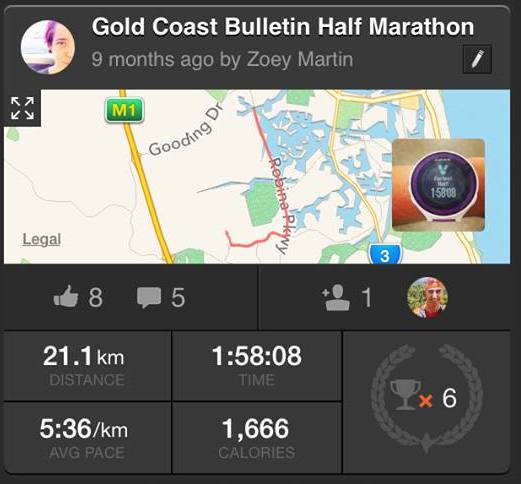 And I even set a few goals that I thought I had no right to achieve. 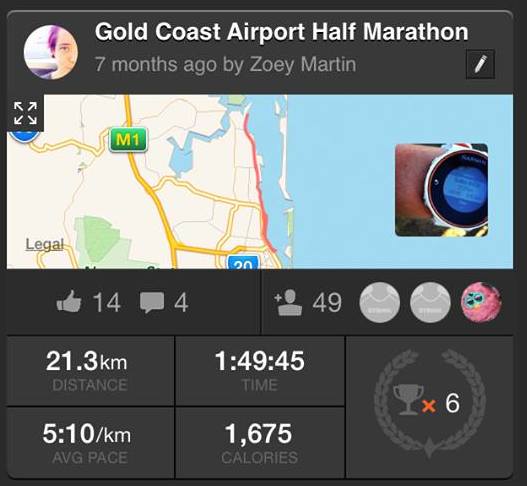 Along the way, I got a whole lot faster.

And covered some big distances. 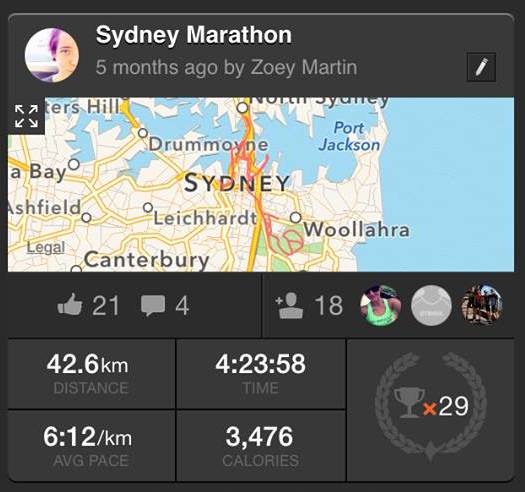 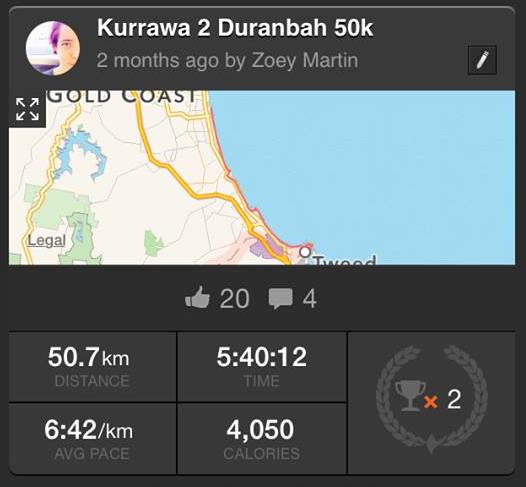 But you know what? After all of that I’m not as fast as I was six months ago. I’ve been running for coming up on four years now and setting PBs gets few and far between as you go along. And this year, I decided to just enjoy it and not work quite so hard.

It’s a journey, you have to love it. And sometimes that means smashing out goals and sometimes that means cruising along. And so now when I’m out running in the morning doing maybe my favourite distance (8km) and it’s not particularly fast and there are no PBs in sight, I get to enjoy that four years of work that I’ve put into it, because it’s easy. I broke through. With consistency and discipline I broke through that barrier so it can be easy. And I can love every part of it.