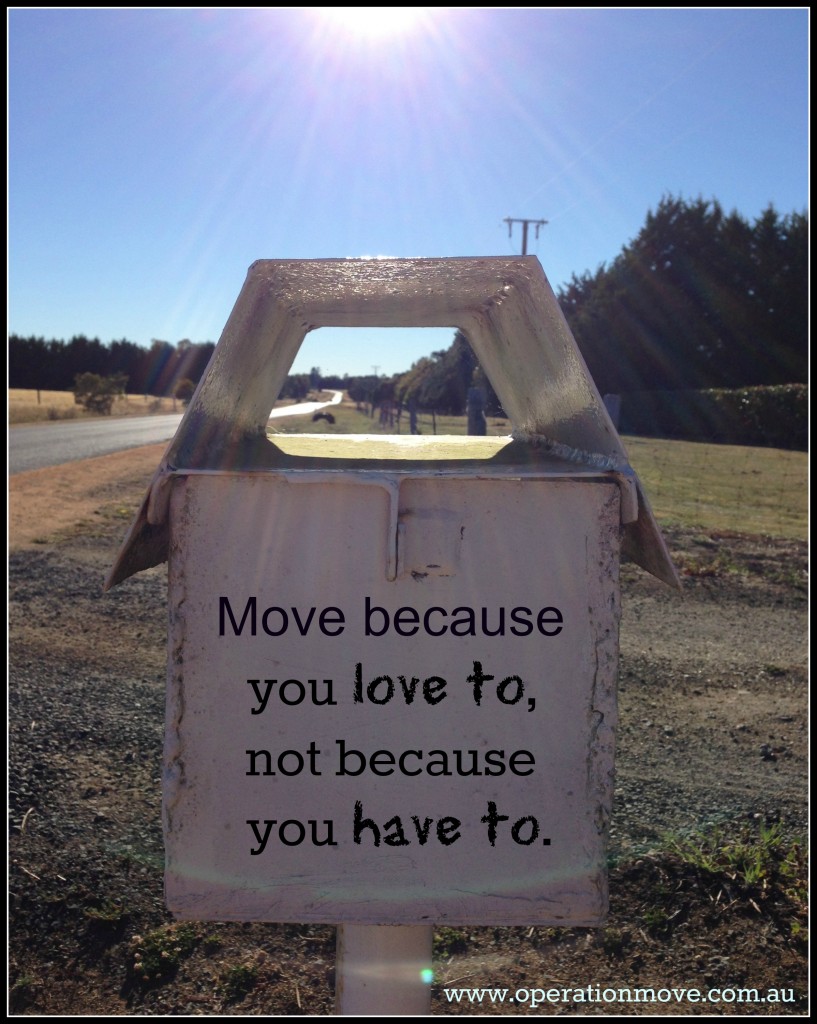 For as long as I have known her, which is a pretty long time now, my best friend has played netball.

For about the same amount of time I have considered her completely insane. You’d think, with my relatively newfound love of fitness, that I would have embraced her netball playing ways. But I haven’t, and I still think she’s a little unhinged to enjoy copping elbows in the ribs and being pushed around by scary women wearing initials that I’m pretty sure stand for ‘Gut Shover’ and ‘Woman Attacker’. But hey, that’s why she plays it and I don’t.

And in fairness, I’ve spent an awful lot of my life thinking that all those runners were pretty loopy too. I’d see them sweating and panting and wonder what on earth could drive a person to do such a thing.

Turns out, feeling COMPLETELY BLOODY AWESOME is a pretty good motivator, and when I’m in the car and see people running now I just want to wind down my window and hit them with some Eye of the Tiger and a big thumbs up. I’ve yet to actually do that, and my husband often tells me to stop staring at the runners, but one day. One day.

But here’s the thing. My bestie has taken up running in the past six months and I keep waiting for her to love it like I do. And she just doesn’t. She likes how she feels after a run, but the actual running isn’t her favourite. Because we aren’t the same person.

I see people raving about their personal trainers, and how much they love bootcamp. I think to myself if I want people to yell at me to do stuff I can just get out of bed in the morning. My kids totally have that covered. But some people thrive on it and that is their thing. If it gets you moving and loving it, then that is awesome!

Other people are mad keen cyclists. I have been trying to embrace the bike, but you know my bum still says no. It is a fun thing to do now and again with the kids, but I’m never gonna be the one out there punching the air because I rode up a mountain. Because I am never going to ride up a mountain. I’ll leave that to people who don’t mind feeling like their legs might fall off.

I will however run. And when I can’t run I will walk, because that makes me feel really great and happy too.

The biggest secret to going from a ‘fitness kick’ to a lifestyle change is liking it. It is that simple.

Some days I just cannot be bothered, but because I know that even the junkiest run will leave me feeling like a million bucks I will do it anyway. If I had to get up and play netball I might never get out of bed again. Running is my thing. It makes me feel strong and grounded and amazing.

Maybe you haven’t found your thing yet?

Go for a walk. And tell us every time you head out the door, because the best props come from people who get it. Trust me on this.

Learn to run. We all started with the first step, and maybe you’ll love it and maybe you won’t, but you’ll have given it a go.

Check out Crossfit, or a local gym, or book a session with a personal trainer. Or call my house at 8.15am any given morning and I’ll put one of my kids on the phone to yell at you. Mates rates.

Just give it a go. Nothing to lose and everything to gain.

One thing I’ve noticed over the years is that wh

There is no secret, keep going. Photo thanks to

“I do not know what I may appear to the world, b

All business in front with a party out the back. J

parkrun number 41 in the bag! One of those days wh

“A genius is the one most like himself.” - The

Another addition to the pandemic PB files! I recko

Now keenly aware of when my leg backswing doesn’

Great to be back at parkrun this week! 5km tempo f

Look, it’s tough to maintain a progression run u

No matter what ails you, a 2 hour long run will pr

Kiddo this morning: Why do you like running so muc

My overwhelming thought on running in Melbourne: y

There are a million ways to find wins and successe

Getting in a run club session on a Tuesday before

The greatest thing about races is they show you th