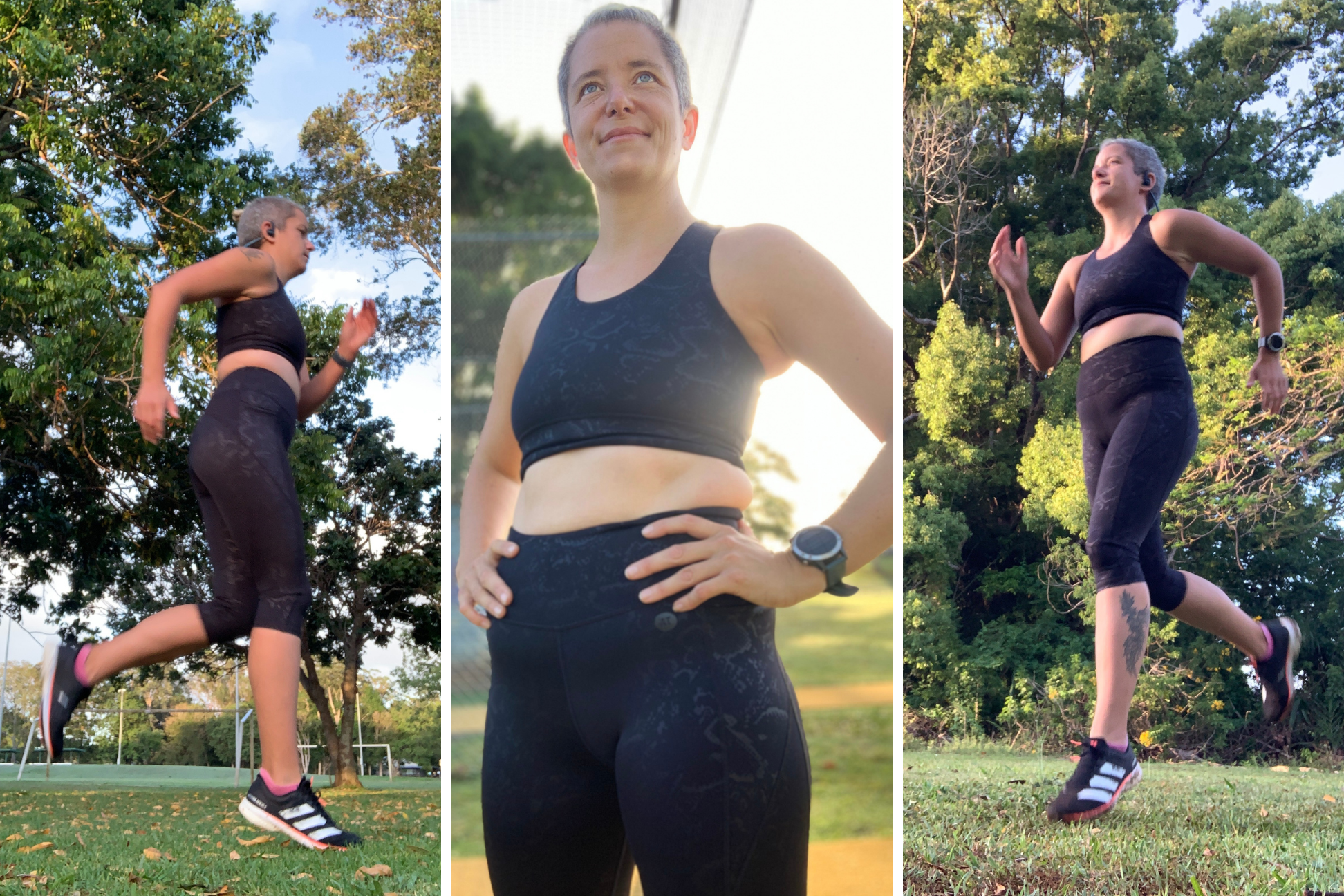 Before and after pictures, we’ve all seen them, right?

It’s easy to look at an after picture and think of it as representing determination, strength, commitment, discipline and hard work.

But my before picture is the woman who did all the work. She was the one who got herself to the gym when no one there looked like her. She was the one who gave herself pep talks in the car just to get through the front door. She was the one who persisted outside even when people gave her the stink eye up and down. She was the one who went into shops even though sometimes they asked her to leave because ‘there’s nothing that fits you here’. She fiercely did all of those things when they were hard to do. Beginnings are hard. Starting something new is hard. Asking your body to adapt is hard.

My after picture is the woman who stands on the shoulders of all of that hard work. That’s all she has to do.

Now I realise that there is no after picture, not really. Because I’m not done yet.

The most important thing about learning to run, whether you are starting for the first time or getting back into it after a small or big break is that the barriers aren’t your breathing or your running technique or your posture or your motivation.

The biggest barrier is systemic obstacles that stop you from discovering how amazing you are. How amazing your body is. How capable it is of doing everything you could ever ask it to do and then some.

You deserve to take up space, in any way you choose. If running is in your heart to do, that fills my heart with so much joy because running changed my whole life. Or it felt that way at the time, but maybe running just allowed me to be who I was always meant to be. My whole self.

You already have a runner’s body. You already have everything you need. You don’t need to change to start, you can just start. I know in the beginning you might think ‘this would be so much easier if . . .’, but if it is challenging that’s just another ingredient to make you stronger, more resilient and more capable.

It’s not that you don’t try hard enough, it’s that you don’t have enough support. Most of us aren’t a victim of not working hard enough, of not putting in our full effort. The problem is much more that we don’t have the context or the feedback to appreciate what all of our work means. You can find support in lots of places from in-person communities like parkrun to online communities or coaching groups. We need people to tell us that we are in fact doing amazing, progress isn’t linear (no matter how much we want it to be) and that what we are doing matters. We need to be around people who appreciate not just the results, but all the hard work and consistency that went into them in the first place.

Running is not a calorie burning exercise. Yes, technically anything you do burns calories. But if you look at running as some kind of energy exchange, you are short changing yourself. If you want to run well, you need to fuel that running to perform well, to adapt well and to recover well.

Often, what you get out of it has very little to do with running. I was a truant at every cross country run, every athletics carnival, every sporting endeavour at school. After a while I started to believe that story about myself – that I wasn’t capable, I wasn’t athletic or coordinated, I just wasn’t enough. Learning to run re-wrote that story for me and it challenged so many other stories I’d told myself about what I couldn’t do.

You might not believe that you can learn to run yet and that’s okay. I believe it enough for the both of us.