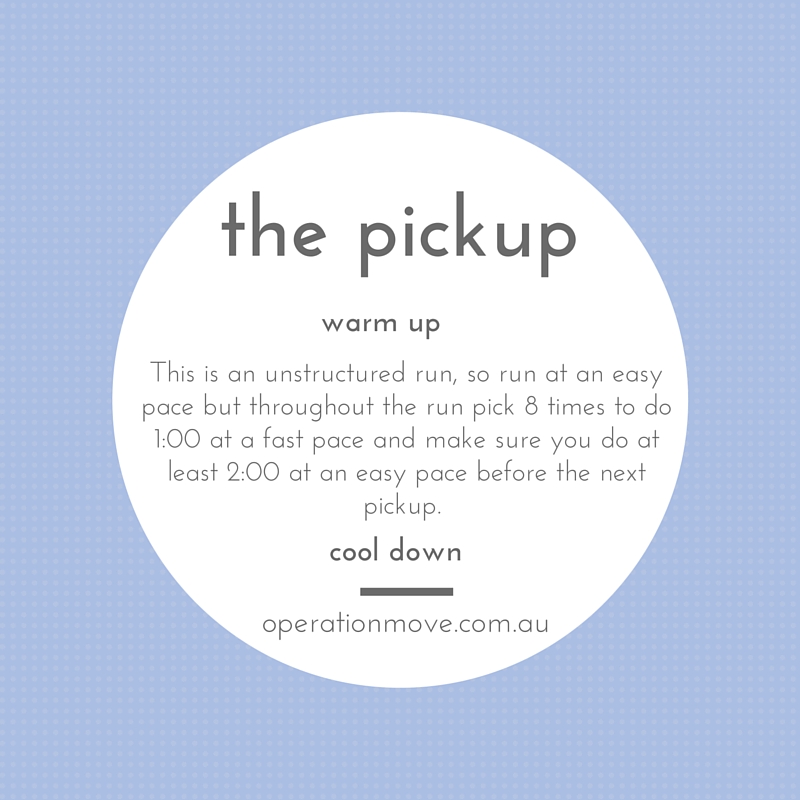 Wait for it. This is an unstructured workout. I KNOW. Ordinarily I’m all about structure and it is for this reason that you are unlikely to find me going for a run to ‘see what happens’. But removing some structure can do some great things for you. A few months ago I was doing intervals based on heart rate and because of that I had no idea what my pace was during the interval which is unusual for me. And because of that I ended up going way faster than I would have thought possible. Sometimes if we have an idea of a pace in our head that we are going to aim for, we just aren’t going to go faster than that. And if we happen to be slower than that for whatever reason, we tend to feel like we didn’t do well. But in fact, regardless of the pace if the effort was there the workout has given you what you need.

So the idea of this is to go out for an easy run (make sure you are warmed up first) and at varying points run 1:00 fast and then recover for a bit (but give yourself at least 2:00 before doing another one), and then go again until you’ve done eight intervals at a faster pace.

The beauty of this run is you can treat those fast intervals as REALLY fast, or you can treat them as just a bit faster than your easy pace – so it can be a pretty cruisey run or a really hard workout depending on what you feel like doing. 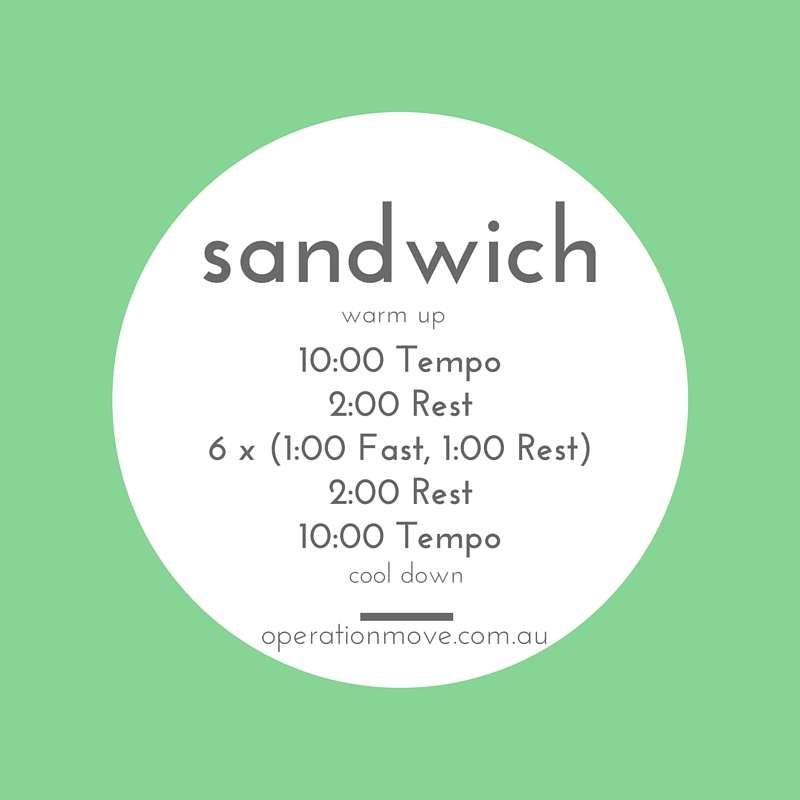 For anyone who gets bored with holding one pace on a tempo run, then this one is for you. This is 36 minutes in total, with a few rest periods which makes it ideal for new and experienced runners.

Instead of the usual recoveries which ware walked or jogged, these rest periods are actual rest periods.

This one is great for speed and endurance. Doing speed work in between tempo efforts is challenging but they are short enough that you will feel great by the end of it. 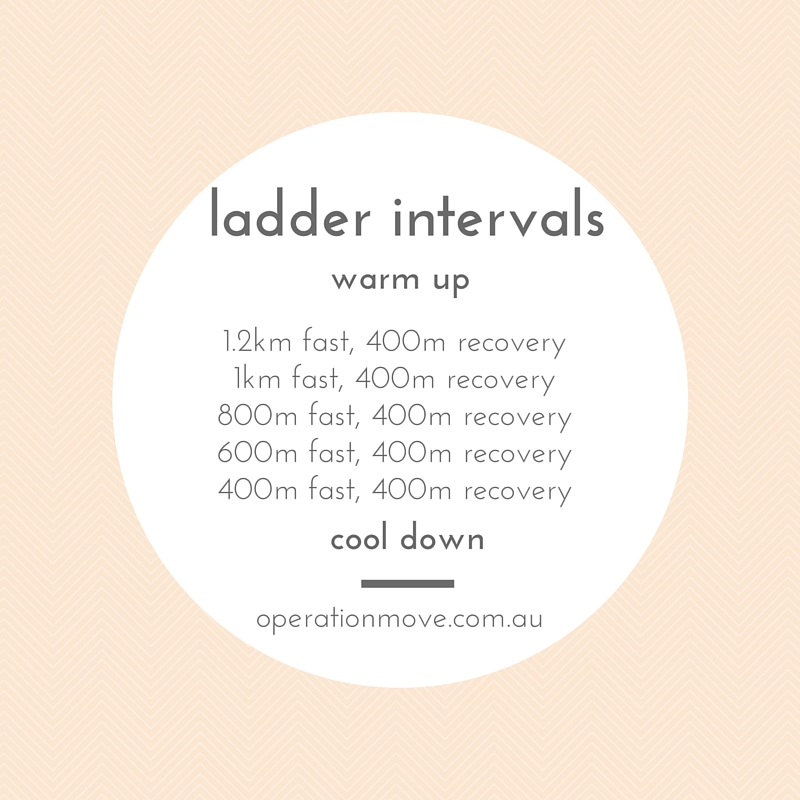 This run totals 6km so if you are newer to running – halve the intervals and do:

And that will give you a 3km workout. 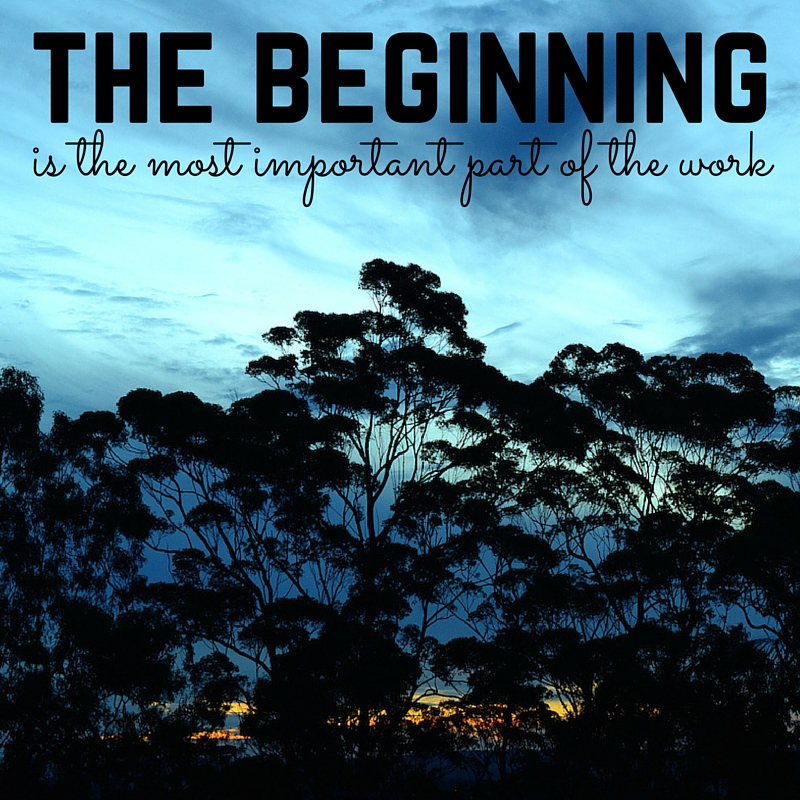 People often have a bit of a lull in their mood after races. A bit of a depression. Might be all that emotion that comes out on the day after all of that build up. Might be the idea of returning to the minutia of daily life. Probably both. And yes, when I come back from a weekend away it is deeply shocking to me that I have to cook for people. But as far as a post-race depression I don’t really get that. Because the end of one thing always means the beginning of something else. And I love beginnings. Beginnings are shiny and new. And I’m not thinking ‘it’s over’, I’m thinking: what’s next?

For me, nutrition is something that tends to fall by the wayside in marathon training. It shouldn’t but it does. And towards the end you are subsisting on a diet of pasta and anything with sugar in it. Which is less than ideal. But I did drastically improve from the last time I ran a marathon in that I didn’t gain weight. So I’ll just take my wins and leave it at that. So now I can get back to my nutrition. I’ll be honest, when I worked out my macros this morning there was an alarming lack of room available for wine and cookies. ALARMING. But still now i have a shopping list of what I need to buy to get myself into gear. And for me, short distance is a great time to be focusing on that because 1) I have heaps more time now that I’m not going for five million long runs every week and 2) I’m not so hungry all the time that I can’t actually think about what I’m eating.

I always think that summer is a fantastic time of year for 5km training. Because speed in the 5km translates into having a great base for a whole heap of other things and you don’t have to be out in the humid heat of death in the Australian summer for too long while you are at it. Last year, during marathon training I ran 5km in 24:55 and I could have just about died afterwards it was so hard. Admittedly it was on hills which can make it a bit harder, but not that much harder. But I’ve never really improved on it that much. And now I’m pretty sure I could do that on a flat course but on the hills I don’t think I could. So, although I have gone under 25 minutes it’s never been built on or turned into something that I could reliably do.

Sadly, I don’t have parkrun which would be an outstanding test ground for 5km training. But I can make do with what I’ve got. I have to keep up a certain level of distance because I’m heading to Kurrawa 2 Duranbah for the 15km run in December, but I’m going to be keeping everything during the week pretty short and snappy and also give my body a bit of a break from the rigours of marathon training.

I’m excited to start the next phase. And if you’d like to join me – I’ve created a program for you here.

I wrote this piece just after running a marathon at the Melbourne Marathon Festival in 2015. 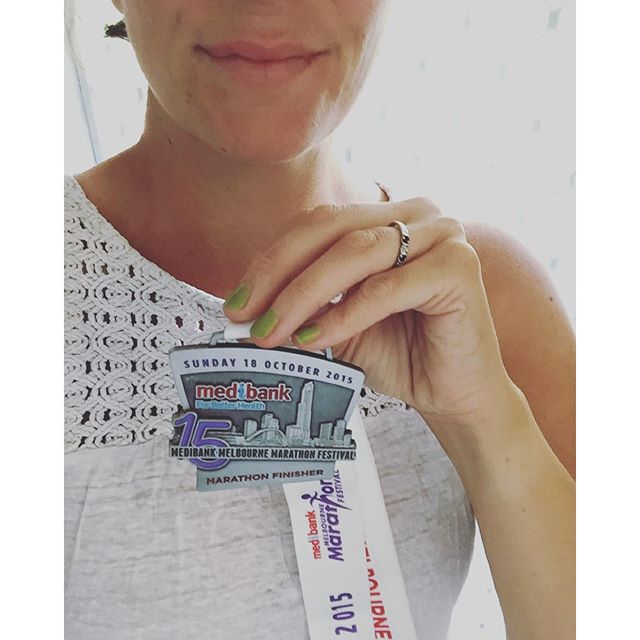 I read this advice over at Runladylike and it stuck with me heading into Melbourne.

There are so many uncontrollable factors in a marathon. Anything past 30km is pretty unknown territory and you have no idea how your body will respond on the day. You can train for it, but you never really know. And you can test out fuel sources but your body can chuck a bit of a fit on the day and you can have trouble. The weather can be unpredictable. Or you can just be having an off day. It’s easy to go into things with a certain set of expectations based on your training, but you can’t control what kind of day you get.

I had a couple of pretty aggressive timing goals, which let’s face it are totally arbitrary things. I know why people love going under 4 hours in a marathon or under 2 hours in a half, because I’m also a numbers geek and it’s a bit of a line in the sand. But that line in the sand doesn’t make 3:59:59 a brilliant run and 4:10:00 a crap one. The things that make a run great are your willingness to show up, the ability to push through the tough parts and giving it everything you have. Greatness is not contained in a number. But those numbers often do help us to push ourselves that little bit harder and that’s what I wanted to do.

On Sunday I was really nervous. I was nervous that all the work I’d done wouldn’t be enough to stop the injury from flaring up. Or that I would have to change my run to protect the injury. I had my period which always makes my stomach really upset. My glands had swollen up like golf balls in preparation for some kind of plague of death. And Melbourne in very un-Melbourne like fashion had come up pretty humid. And in a way, all of those less than ideal circumstances which might have affected my run or might not have kind of took the pressure off. Because I just decided to give it a good bash and see where I was at the end of it.

I had a pretty dream run for the first half. It felt pretty easy and it never felt laboured and I was comfortable the whole way. The best part was that my injury felt 100%. I was running really comfortably, there was no pain and I could just run. One of the pitfalls of so much training is that you can lose the love for the run just a bit. Especially when you are always running in the same places and I certainly did lose the love towards the end of my training. But I sure did find it down in Melbourne.

Things started to go pear shaped around 26-28km where my stomach was really not happy. I ducked off for a toilet break (best decision ever!) But even after that I was in a fair amount of discomfort and my non-injured calf muscle started cramping and continued to cramp until I finished. I managed to kind of hold on until 30km. At that point I still felt like I was on track for under 4 hours but by the time I got to 35km I was pretty sure it was out of reach. I felt fine but my legs would just not move any faster. And I kept having to stop to walk because my stomach was not placing nice. I really struggled in the last 5km. At one point I could see the 4 hour pacer in front of me but there was just no way I was ever going to catch up.

The most interesting part about it was that in that moment I was not disappointed at all. Not when I was out there finishing the marathon, not when I crossed the line and not afterwards when I looked at my run. I was really over the moon with what I managed to do.  In preparation, I thought I would be disappointed if I didn’t make my first goal, but I was really happy to find that I wasn’t. Because I knew that on the day, I ran that the best way I possibly could have. I could not have possibly gone any faster and I don’t have any doubts about that. And that for me is where the pride is. In knowing that I gave it everything and there was no point where I felt like I could have done more.

That’s the great thing about training, it doesn’t just prepare you for the physical distance, it prepares you to be mentally strong enough to keep going when things get tough. It’s possible that I went out too hard but I did feel really comfortable and I could have easily still had those problem in the back half even if I’d gone out at a more moderate pace. And I got my second fastest half marathon into the bargain and to do that without feeling like I was really working that hard is a pretty cool thing. 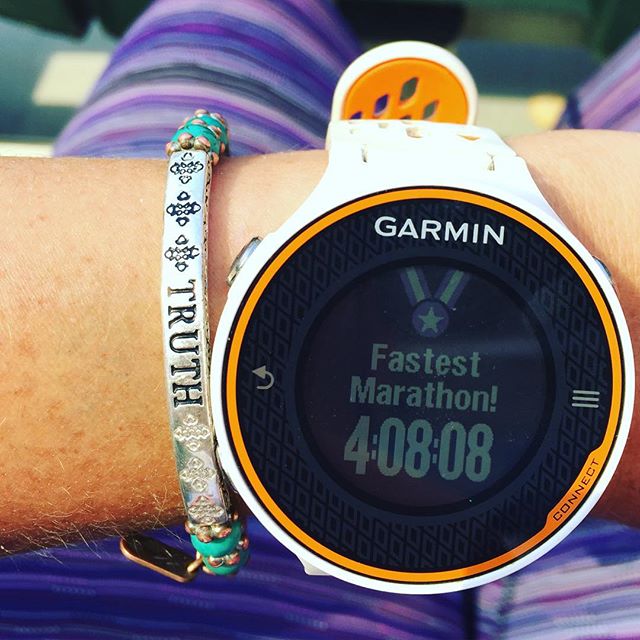 All the achievement is in the training, but it sure is nice to get a fitting reward at the end of it.